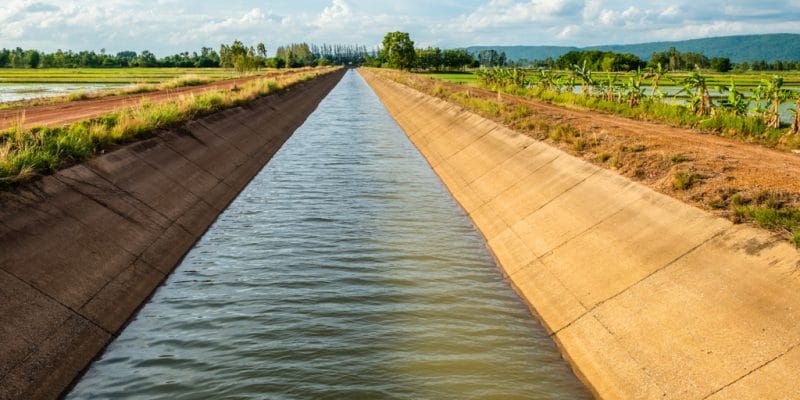 In Namibia, the government is fast-tracking the implementation of Phase II of the ǁKaras irrigation project in the south, following a public-private partnership (PPP) bid. This component of the project aims to irrigate 5,000 hectares of plantations from the Neckartal rainwater reservoir.

The public-private partnership (PPP) proposal was announced by the Namibian Minister of Agriculture and Water, Calle Schlettwein. If approved, the collaboration with a private player will lead to the implementation of Phase II of the ǁKaras Irrigation Project in southern Namibia. Still called the Neckartal Irrigation Scheme (NIS), the Namibian government’s initiative aims to boost agriculture.

The arid climate of the ǁKaras region, accentuated by climate disruption has reduced any hope for farmers to grow good crops. And it is the household basket that suffers, plunging thousands of people into a situation of food insecurity. The Namibian authorities plan to cover 5,000 hectares of grape, alfalfa (a fodder plant, very rich in protein used in livestock feed, editor’s note) and date plantations with irrigation systems. The installations will be supplied from the Neckartal rainwater reservoir, whose water level has been overflowing for several days according to the Namibian hydrological services. The water reservoir, located 40 km west of the southern town of Keetmanshoop in the ǁKaras region was commissioned in 2020. Its current retention capacity is estimated at 857 million m3 of water.

“Of the 5,000 hectares of land for agricultural production, 3,800 hectares have already been acquired and efforts are underway to find the remaining 1,200 hectares,” says Namibia’s Minister of Agriculture and Water, Calle Schlettwein. Once the PPP is signed, the irrigation project should begin immediately. “The project can be put into production in the fiscal year 2022/2023,” adds Calle Schlettwein. This is because the results of the feasibility studies, environmental impact assessment, detailed design and cost estimates, scoping report and specialized studies are already available.

Until the Neckartal dam is used for irrigation, the infrastructure continues to feed electricity into the grid of the state-owned NamPower. This electricity is produced by a hydroelectric plant, equipped with two Francis turbines that produce 3.5 MW.