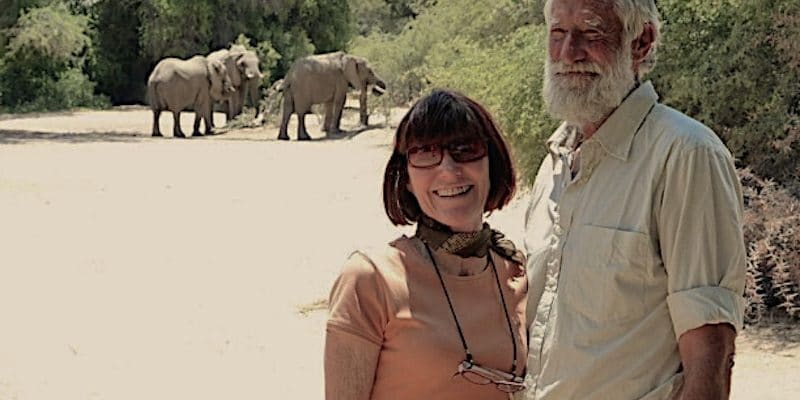 Garth Owen-Smith, a Namibian conservationist and environmentalist, fell victim to cancer on April 11, 2020. He was 76 years old. The news was made public in a statement by the co-founder of the Integrated Rural Development and Nature Conservation Network (IRNDC), Margaret Jacobsohn.

Garth Owen-Smith, a leading conservationist in Namibia, died of cancer on April 11, 2020, aged 76. This was made public in a statement by the co-founder of the Integrated Rural Development and Nature Conservation Network (IRNDC), Margaret Jacobsohn. She was also the companion of the Namibian environmentalist. She lived by his side in the last moments of his life. Garth Owen-Smith leaves behind two sons (Tuareg and Kyle) and a grandson.

Garth Owen-Smith never received an official diploma. He began his studies in agriculture and zoology, but dropped them straight away. However, he was recognized in academic and conservation circles as a world expert in his field.

The conservationist received several awards for his commitment, including the Goldman Environmental Prize in 1993, followed by the Global 500 Honour Roll in 1994. He also received the Prince William Lifetime Conservation Award in 2015.

He has been described as a hero for the protection of nature, having won many battles in this regard. The Namibian environmentalist was always accompanied in his battles by his colleague Margaret Jacobsohn. They co-founded the Integrated Rural Development and Nature Conservation Network (IRNDC), which envisions sustainable environmental protection through collective action and collaboration among Namibian communities. Garth Owen-Smith and Margaret Jacobsohn also pioneered a natural resource management programme that links the protection of Namibia’s wildlife with sustainable rural development. This programme has become a model for wildlife conservation throughout Africa. Thanks to it, most species have increased in the northwestern region of Kunene and in Caprivi in northeastern Namibia. The poaching phenomenon is gradually disappearing with the decisive support of community appointed game wardens.

The Namibian environmentalist was also a writer. In 2010, Garth published his life’s work. He titled it An Arid Eden. The book is a detailed account of almost 50 years of on-the-ground activism in Namibia, often fighting against almost insurmountable obstacles to get the authorities to recognize that conservation could not be imposed from afar on remote rural communities. Its aim was to make local communities the custodians of their land. Garth’s book is now firmly on the shelf of African classics. It was considered one of the most important books on African conservation at the time and has remained so for several decades. Though it deals with only one region of Africa, the Kaokoveld of Namibia, its lessons and conclusions are universal and beneficial to the entire continent.

The vision contained in Garth Owen-Smith’s work is now evident throughout Namibia and internationally. “Through the efforts of man, alongside other Namibian conservation heroes, the people of the Kunene and Zambezi regions and several other parts of Namibia have made huge conservation gains and gained rights that would have been considered impossible a few decades ago,” says Margaret Jacobsohn, co-founder of the IRNDC. On April 12, 2020, the Namibian Ministry of Environment joined the rest of the country, the African continent and the world in honouring the life of a conservation hero. “He is respected and honoured for pioneering the Community-Based Natural Resource Management programme in Namibia, which is internationally recognized for its contribution to the protection of wildlife in communal areas, and also for its ability to empower rural communities for poverty alleviation”.