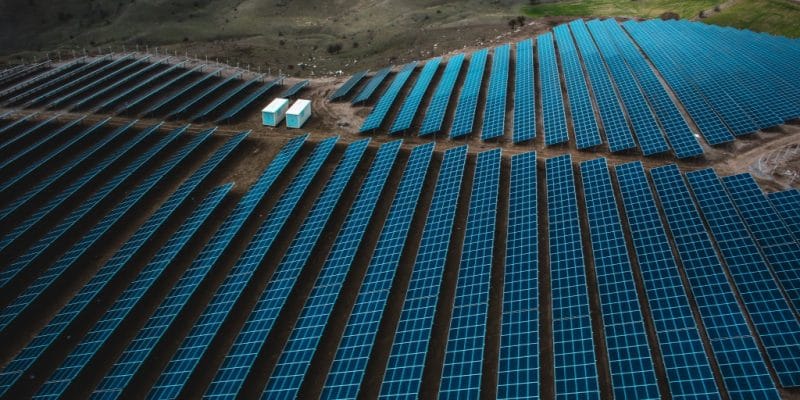 In Mozambique, the public company Electricidade de Moçambique (EDM) and the International Finance Corporation (IFC) have signed a collaboration agreement for the development of 50 MW of clean energy. This power will be obtained through four solar mini-power stations equipped with battery storage systems.

Mozambique is banking on solar energy to diversify its electricity mix and accelerate the electrification of its population. As part of this energy policy, the state-owned Electricidade de Moçambique (EDM) has signed a collaboration agreement with the International Finance Corporation (IFC), the World Bank Group’s private sector financing arm. The partnership aims to develop an installed capacity of 50 MW.

This capacity will be achieved through the construction of four solar photovoltaic power plants equipped with battery storage systems. Prior to this, the IFC will commission a grid integration and financial assessment study. “A key priority for Mozambique is to ensure access to affordable, sustainable and reliable electricity. Through a combination of early stage project development support and financing, IFC is working with EDM to help Mozambique develop its renewable energy sources to power homes and businesses,” says Dan Croft, IFC’s Regional Director for Infrastructure in Africa on the Upstream team, which works on early stage project development.

Currently, Mozambique has an electricity access rate of only 29%, with 13% in rural areas, according to Power Africa. Yet the East African country has an installed capacity of 3,000 MW, with some dependence on hydro power, which accounts for 75% of the electricity mix. But in times of drought, the level of the dams drops, affecting electricity production.

It is also for this reason that the Mozambican government, through EDM, wants to diversify the country’s electricity mix while adding 200 MW of power in the coming months, according to Marcelino Gildo Alberto, EDM’s director general. Recently, the public company announced an investment of 40 million dollars as part of the Programme for the Promotion of Renewable Energy by Auction (PROLER), financially supported by the French Development Agency (AFD).