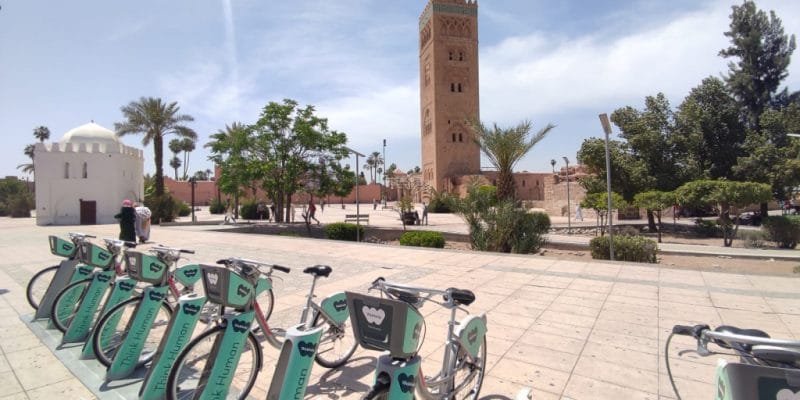 The Moroccan subsidiary of the French company Webhelp, which specialises in customer management, is joining forces with the start-up Medina Bike Marrakech to install new bicycle stations across Morocco. This partnership will strengthen green mobility and create jobs in the Cherifian kingdom.

The Moroccan subsidiary of the French company Webhelp, which specialises in customer management, will sponsor the installation of new bicycle stations by the Medina Bike Marrakech start-up based in the city of the same name. The project, which will target several Moroccan cities, aims to deploy a self-service bicycle system (SSB) across the North African kingdom.

“The use of Medina Bike contributes to the fight against the climate emergency further upstream than electric vehicles, by offering an affordable, reliable, clean and healthy means of transport, while reducing traffic congestion, distance to work and carbon footprint,” says Lebna Elhakym, Medina Bike’s managing director. According to Redouane Mabchour, the general manager of Webhelp Morocco, the first phase will consist of the creation of 500 jobs in the tourist city of Marrakech for the commercial development of the Medina Bike offer.

In Morocco, a report by the Moroccan Network for the Defence of the Right to Health and the Right to Life, published on World Health Day on 7 April, indicates that air pollution caused mainly by coal and combustion vehicles impacts the health and economy of the Cherifian Kingdom, with an estimated annual toll of 5,000 deaths and one billion euros (11 billion Moroccan dirhams) in economic losses.

In this context, the Moroccan authorities are considering the introduction of sustainable and economically viable urban transport solutions. A contract was recently signed with the German car manufacturer Mercedes for the future deployment of electric buses “eCitaro” in the capital Rabat. In addition to this public-private partnership (PPP), the American car manufacturer Tesla inaugurated two new charging stations for electric vehicles in Agadir and Marrakech at the beginning of 2022. These two installations are in addition to its network in Tangiers and Casablanca, which has been operational since 2021.