Homepage » MOROCCO: GreenYellow off grid installs off grid at SBM in Casablanca

MOROCCO: GreenYellow off grid installs off grid at SBM in Casablanca 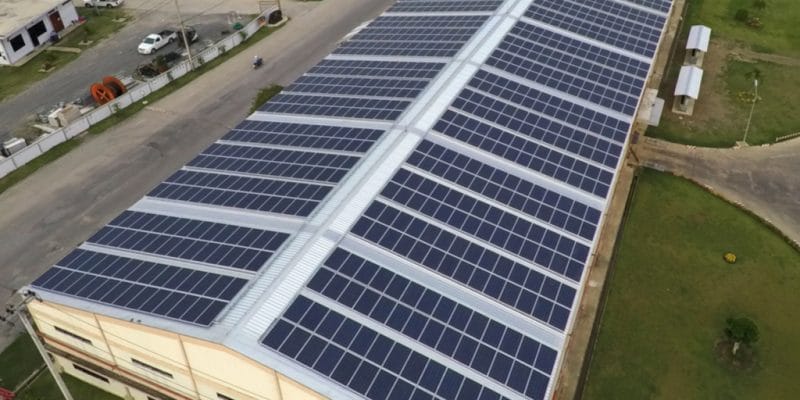 The French company GreenYellow, specialised in solar energy production and energy efficiency, has just commissioned an off-grid system on the roof of Société des Boissons du Maroc (SBM)'s plant, the Moroccan beverage company. It will provide 17% of the brewery's electricity consumption.

The Moroccan Beverage Company (SBM) is going green. Its Casablanca plant has just acquired a solar off grid installed on the roof. A project by the French company GreenYellow, a subsidiary of the Casino group and specialised in solar energy and energy efficiency. The off grid consists of 2,208 solar panels covering a surface area of 7,000 m2.

With a production capacity of 960 MWh/year, the facility will provide 17% of the electricity consumed by the Casablanca plant. Off grid should also enable the plant to save 1 million Moroccan dirhams (more than 92,000 euros) per year. “The completion of this project is the result of the efforts of all SBM teams and our partner GreenYellow. Today, as a processor of the earth’s products, we are committed to a sustainable industry that respects the environment. With this project, we are marking the beginning of an approach that makes green growth a lever of our sustainable development,” said Brahim Laroui, CEO of SBM.

The French group Castel took over SBM from Al Mada (formerly Société nationale d’investissement, editor’s note), an investment company in 2003. Recently, the French industrial group has decided to “green” its beverage production process around the world. The objective is to mitigate the environmental impacts of its activity. For the Casablanca plant, for example, the off-grid system installed on the roof should prevent the emission of 700 tonnes of CO2 into the environment. This represents five million kilometres covered by car and corresponds to 56,000 trees planted according to SBM. It is a pilot project for the Castel group, which holds stakes in brewery companies in several African countries, such as Togo, where BB brewery is also involved in CSR through the recycling of its waste: breakable glass bottles, plastic crates, aluminium cans, plastic waste and packaging cartons for raw materials.

However, Castel is not the only brewer to “green” its production and adopt solar energy for its electricity production. In March 2019, Nigerian Breweries (NB) signed an agreement with CrossBoundary Energy, an investment fund specialising in off-grid solar roof projects. The objective is to provide a 650 kW off-grid system (i.e. an annual production of 1 GWh, editor’s note) to the Heineken production plant in the city of Ibadan, in southeastern Nigeria. The small off-grid solar power plant will be built by Topec Nigeria (TPN), a turnkey energy solutions provider.