MOROCCO: “From deserted landscape to wise reforested country” project wins an award i 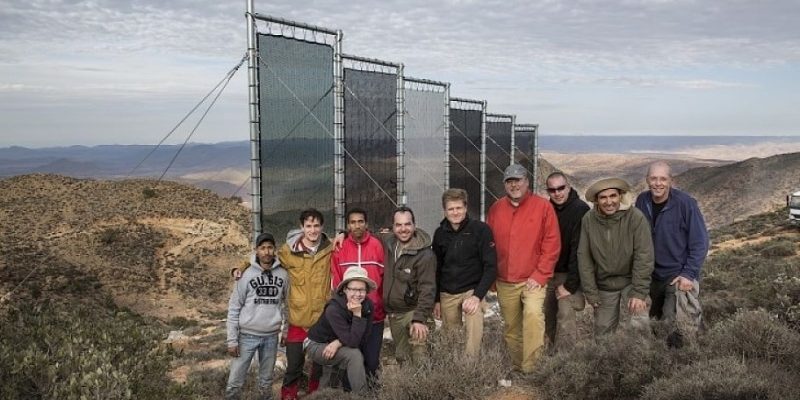 "From deserted landscape to wise reforested country", a project to produce drinking water from fog was awarded the "Suez - Institut de France" prize in the "Access to essential services" category on July 3, 2018 in Paris. A prize awarded every two years by the Suez Foundation and the Institut de France. It rewards projects and innovations that contribute to the development of water, sanitation and waste management services in developing countries.

Dar Si Hmad has received an envelope of 50,000 euros. The Moroccan non-profit NGO was awarded the “Suez – Institut de France” prize for its project entitled “Du paysage déserté au pays sage reboisé” (original name of the project in French). The prize was awarded in the category “Access to essential services”, as Dar Si Hmad’s work establishes a link between applied research and operational development projects. From 2011 to 2016, this project, which consists of collecting water from fog, has enabled nearly 1,200 people living in deserted areas to have continuous access to drinking water, in the order of 7 to 26 litres per day.

In the region of Ait Baamrane, in southwest Morocco, huge nets fixed on the peaks of the mountains of Boutmezguida, rise towards the sky, and melt in the fog. This decor could make people believe that it is a contemporary work of art, but it is not one. It is a very astute and innovative project conceived earlier by the engineer Peter Trautwein, from the German Water Foundation. His name: Cloudfisher! In French, “filet attrape-nuage”. One CloudFisher unit produces 22 litres of water per day per square meter. For a surface of 870 m², a daily average of 20 tons of water can be harvested from the fog.

Beyond water supply, in this Moroccan region not connected to the national drinking water network, the project “From deserted landscape to wise reforested country”, launched in 2011 by Dar Si Hmad has improved other aspects of social life. Rural desertification and soil degradation are combated through life opportunities, such as reforestation and the creation of wet areas for fruit production and aromatic and medicinal plants. These initiatives have helped to restore the confidence of the inhabitants by exploiting the knowledge they have of their ecosystem and ancestral techniques.

Dar Si Hmad, created in 2010, is a Moroccan NGO, whose missions are focused on education, integration and the use of technological ingenuity. His vision: to promote local culture in low-income communities in southwest Morocco, and create sustainable initiatives to help them learn and prosper.

MOROCCO: Lydec will protect the National Road No. 1 thanks to a liquid sanitation system