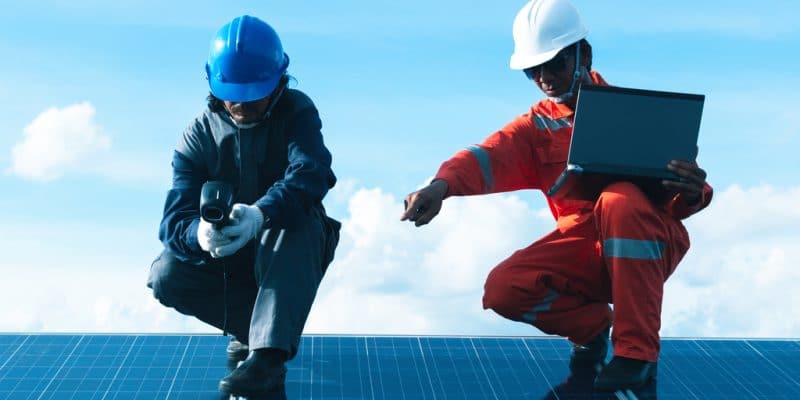 The construction of a solar photovoltaic plant is currently underway in Henrietta, Mauritius. It is the fruit of a partnership between the Médine Group and the French company Akuo Energy.

In 2016 a tender was launched by Central Electricity Board (CEB), the state-owned company responsible for the management and development of the electricity sector, for the construction of a solar power plant in Henrietta, a town located west of Mauritius. It was initially necessary for the Médine Group, a consortium of Mauritian companies and Akuo Energy, an SME specialised in renewable energy production, to sign a partnership agreement stipulating that the solar power plant would be built on 21 hectares of land belonging to the Médine Group.

Both companies then obtained permits from the Environmental Impact Assessment, a government agency in Mauritius responsible for environmental protection. The plant, which is finally leaving the ground at Henrietta, will consist of more than 53 photovoltaic panels and will have a production capacity of 17.5 MW.

A project financed by the two companies and the Mascareignes Bank

Once operational, the Henrietta photovoltaic farm will produce 27,000 MWh annually, all of which will be fed into the CEB grid and should meet the electricity demand of more than 12,000 Mauritian households, “while avoiding more than 21,500 tonnes of CO2 per year”. This project was funded by Médine group and Akuo Energy. The two partners also received a push from the Bank of the Mascarene Mountains.

Action by the Government of Mauritius

This is one more step towards achieving the Mauritian authorities’ objective of achieving 35% of renewable energy in the country’s energy mix. Currently, 43% of the electricity produced on the island comes from coal, a highly polluting source of energy, 37% from petroleum products and 20% from green energy.

It is therefore to support the transition to clean energy that the Government of Mauritius is promoting the establishment of companies specialised in the production of renewable energy on the island. This is the case of Akuo Energy, which is currently building the Henrietta solar power plant. With a turnover of 205 million euros (2017), the SME, which has 99 employees invested in several countries, notably in Indonesia (Asia) where it has just commissioned three solar microgrids plus storage which will supply the villages of Merabu, Long Beliu and Teluk Sumbang (in the east of the country). They have a combined generation capacity of 1.2 MW and will supply 460 households.