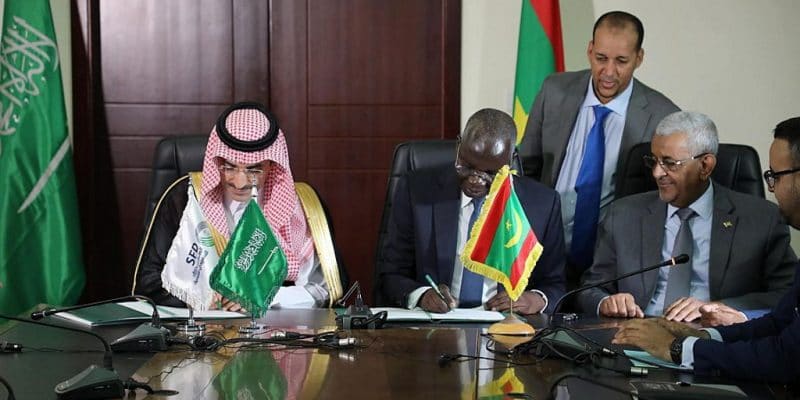 The Saudi Fund for Development (SDF) has confirmed a soft loan of $100 million to Mauritania. This financing is intended for the construction of new drinking water supply infrastructures for the town of Kiffa and its surroundings.

The financing agreement was signed recently on the sidelines of a visit by Sultan bin Abdulrahman Al-Marshad, the Director General of the Saudi Fund for Development (SDF) to the Mauritanian capital Nouakchott. The financial institution of the Saudi kingdom validates a soft loan of 100 million dollars in favour of Mauritania. The funds are intended for the implementation of the first phase of the Kiffa drinking water supply project.

It aims to strengthen the water supply in this city in southern Mauritania. To do this, the Mauritanian government will use the Senegal River, which flows through the country before emptying into the Atlantic Ocean in Senegal. The authorities will therefore use this funding to build new water catchment facilities on the Senegal River.

The project also involves the construction of facilities for the treatment, transport, storage and distribution of drinking water. According to the SDF, the project will help preserve water resources, provide clean water to the community, minimise the risk of waterborne diseases and ensure water security in the city and the beneficiary localities. The project includes a 250 km water network that will connect 90 villages and serve more than 20% of Mauritania’s population. The new infrastructure will be built within the framework of the water sharing mechanism of the Organisation for the Development of the Senegal River (OMVS).

These financial institutions will provide the $217 million. A study for the construction of the new water supply facilities for the towns of Kiffa and Guerrou has already been carried out by Mauritanian Consulting Group (MCG). The Nouakchott-based consulting firm has studied the possibility of pumping water from the Foum Gleita dam reservoir. The dam, which has been in operation since 1983, is located on the Gorgol River, a right bank tributary of the Senegal River.