Homepage » MALI:Uduma will provide drinking water to several localities in Bougouni for 15 years

MALI:Uduma will provide drinking water to several localities in Bougouni for 15 years 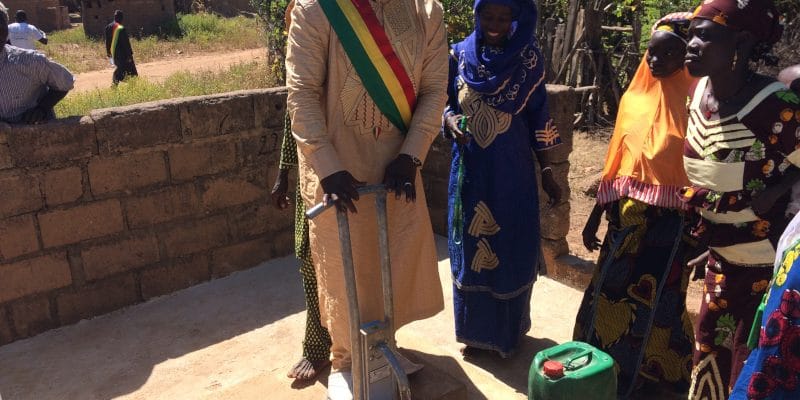 Uduma Mali, the subsidiary of the French group Odial Solutions, has obtained several contracts for the delegation of public drinking water services in several rural areas of the Bougouni circle, in the Sikasso region.

Full cardboard box for Uduma Mali. The subsidiary of the French group Odial Solutions obtained the delegation of the public drinking water service in several localities of the Bougouni circle, in the Sikasso region of Mali. The launch of Uduma’s projects in this part of the country was the subject of a ceremony attended by local authorities, the population and the company’s managers.

Over the next 15 years, the company will ensure the regular supply of drinking water to 560,000 people in 30 municipalities in the Bougouni district. This service will be provided by 1,400 human-powered pumps. On the boreholes, sensors and data loggers will be installed, a technological device that transforms an installation into a kind of “e-pump”. This will make it easier for people to pay for water. “In concrete terms, in a village that has chosen to delegate its drinking water management service to Uduma Mali, each inhabitant has an electronic card enabling them to buy the quantity of water they need from approved water dispensers,” explains Youssouf Sidibe, Uduma Mali’s project manager.

Similar systems were installed on boreholes in 152 villages in Burkina Faso in 2016, as part of a pilot project supported by the United Nations Children’s Fund (UNICEF). And it is the feedback from this project that allowed the implementation of “e-pumps” in the Bougouni circle.

In Mali, to obtain one cubic metre of water, people living in the villages concerned by the Uduma concessions will have to pay 500 CFA francs (76 cents of euros), i.e. 10 CFA francs per 20-litre container (less than one cent of euros). In order to respect its commitments towards the municipalities of the Bougouni circle, the company will continue its investments in drinking water installations.