Homepage » MALI: MTCS and Vergnet to use solar energy to supply water to Koulikoro 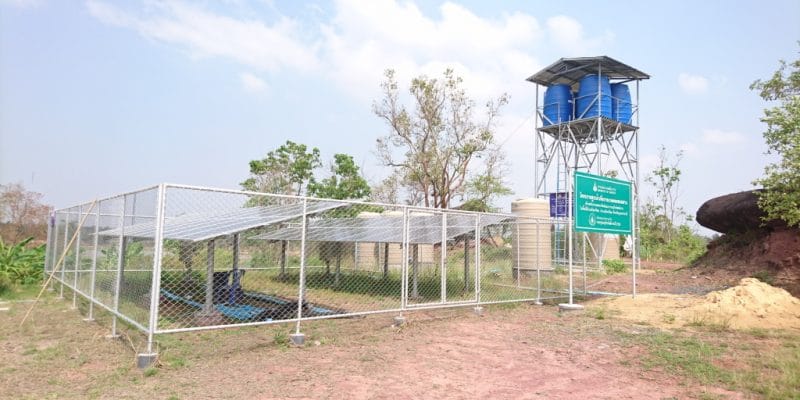 In Mali, the French company Vergnet Hydro and the Malienne de travaux commerce et services (MTCS) have been appointed to build 10 drinking water supply systems. Often powered by solar energy, these installations will provide drinking water to 30,000 people in the Koulikoro region.

Vergnet Hydro wins a new contract in Mali. The company based in Ingré, France, has been awarded a contract for a water project in the Koulikoro region, alongside Malienne de travaux commerce et services (MTCS), a company based in Bamako, Mali. The contract signed with the Direction Nationale de l’Hydraulique (DNH) of the Malian Ministry of Mines, Energy and Water concerns the construction of 10 drinking water supply systems (AEP).

Each AEP will consist of a pumping and treatment station and a water tower. The two companies plan to equip eight of these installations with solar systems, which will reduce their operating costs. All eight solar systems will have a combined output of 38 kWp, ‘to produce 650 m3 of drinking water per day’, says Vergnet. The other two drinking water systems will be equipped with thermal pumps.

The waterworks will supply drinking water to 30,000 people through 87 standpipes and 36 private connections. To do this, Vergnet and MTCS will have to lay 108 km of pipes. The cost of the entire project is estimated at 1.5 million euros. The project is financed under the National Water Resources Mobilisation Programme (PNMRE).

Launched in 2011, this programme aims to reduce poverty and improve the health of the population through investments in essential services, particularly drinking water, sanitation and hygiene. The PNMRE is being implemented with the support of several financial institutions, notably the Kreditanstalt für Wiederaufbau (KfW), the German development agency.