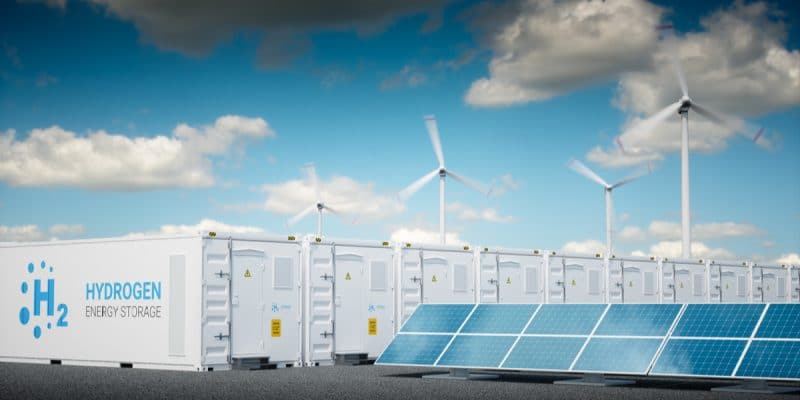 After eight years of an experimental phase, Hydroma Inc., the precursor of natural hydrogen in Mali, is moving up a gear. The natural hydrogen wells operated by this company will now be used to produce clean electricity on a large scale to meet the energy needs of Mali and even other countries on the African continent.

The ingenious and innovative energy adventure that the people of Bourakébougou have been enjoying since 2012 will soon bring happiness to others across Mali and even the African continent. In this small village located about 60 kilometres north-west of the capital Bamako, natural hydrogen sources are being exploited for the production of electricity. This energy is then distributed free of charge to the local population by the Malian company Hydroma Inc.

After eight years of testing this process of producing electricity from a renewable source, natural hydrogen gas, whose exploitation emits no greenhouse gases, Aliou Boubacar Diallo, the promoter of Hydroma Inc. is convinced that he has sniffed out a good deal. “The future exploitation of Mali’s natural hydrogen paves the way for an Africa at the forefront of tomorrow’s technologies,” he enthuses. To begin the second phase of his project, namely the exploitation of natural hydrogen on an industrial scale, the Malian businessman set out in December 2019 to look for partnerships in Europe, particularly in Germany, where experience with green hydrogen is fully established. While waiting to find partners, Hydroma is continuing its drilling in Mali and has just launched explorations in Australia and Canada, where the company is headquartered.

As Hydroma Inc’s energy ambitions extend beyond Mali, the company does not intend to be satisfied with the supply of hydrogen obtained naturally (underground). It intends to produce hydrogen via a decarbonized process: the electrolysis of water. The electrolyser separates a water molecule into hydrogen and oxygen. This method is still not very widespread, as it is much more expensive (2 to 3 times more expensive than reforming natural gas, a carbonaceous process). What’s more, the electricity used in this process by Hydroma Inc. will come from a renewable source.

As part of this new ambition, the company is currently constructing fields of photovoltaic solar panels on large plots of land in Mali and Senegal. These solar power plants will make it possible to produce large quantities of green hydrogen that can meet local needs.

Hydrogen, obtained naturally or through the electrolysis of water, is a valid response to the challenges of the energy transition, in that the gas is inexhaustible and its energy recovery is non-polluting, producing only water. Apart from clean electricity, green or natural hydrogen can also be used to decarbonise the transport sector. Electric vehicles equipped with a fuel cell (PAC) transform hydrogen into electricity and water vapour. And compared to batteries, hydrogen has advantages in terms of range (500 to 700 km) and recharging time (< 5 min).