MALI: Green Koula initiative for reforestation and fight against desertification 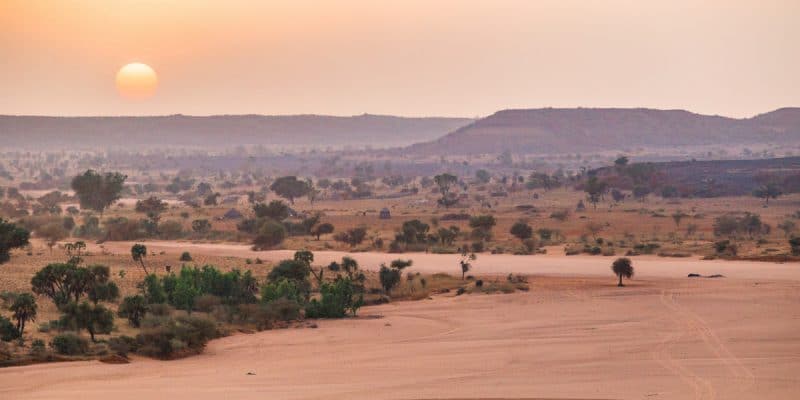 The Koula Kanou association recently planted about a hundred trees throughout the commune of Koula. One of the many reforestation initiatives carried out in a country in the midst of desertification. Due to its fragile ecosystem, the country loses an average of 4,000 square kilometres of forest cover per year.

Malians are increasingly aware of the serious climatic dangers to which their country is exposed. During the dry season, harmattan, a warm sandy wind from the desert, blows southward and covers fields, buildings, people and animals with yellow dust. This is because, in this Sahelian country located in West Africa, the thousand-year-old action of man has considerably depleted the plant cover. Work carried out in 2012 by the Japan International Cooperation and Development Agency (JICA) shows that Malians use 6 million tonnes of timber and firewood each year, denaturing the already fragile landscape of 4,000 square kilometres of forest cover per year.

To reverse the situation, development partners, NGOs and associations are working to reforest the land. The most recent case dates back to August 30, 2019 in the Koula municipality, located in the Koulikoro region of southwestern Mali. The Youth Association for Social Cohesion in the municipality of Koula has planted about 100 tree seedlings. With the contribution of the Ministry of Forests and Wildlife, the initiative was carried out in three villages: Fasa, Wolokotoba, and Dialakoro. “He who planted a tree did not live for nothing”: this is the slogan under which the reforestation was carried out. For these young Malians, it is a question of giving meaning to their existence through acts of environmental protection.

A million trees, to reforest Koulikoro

The Koulikoro region is dear to Mali because of its history. The region was the seat of several great empires that succeeded one another in Mali: the empire of Ghana, the kingdom of Sosso and the empire of Mali. In an effort to ensure that this relic of history does not turn into a sand dune, efforts such as those of the Koula commune’s youth association have been stepped up.

One example is “Green Koulikoro”. A reforestation campaign, launched in 2015, to plant one million trees in four years in the Koulikoro region. “Green Koulikoro” is an initiative led by the former cotton king and economic advisor, Cheickna Kagnassy, and supported by members of the Malian government.

These reforestation activities, but also the development of agricultural and heating models that consume less wood, reflect the essential nature of climate action in Mali. According to the United Nations, nearly 98 per cent of Mali’s territory is threatened by rampant desertification, the causes of which are both natural and human.