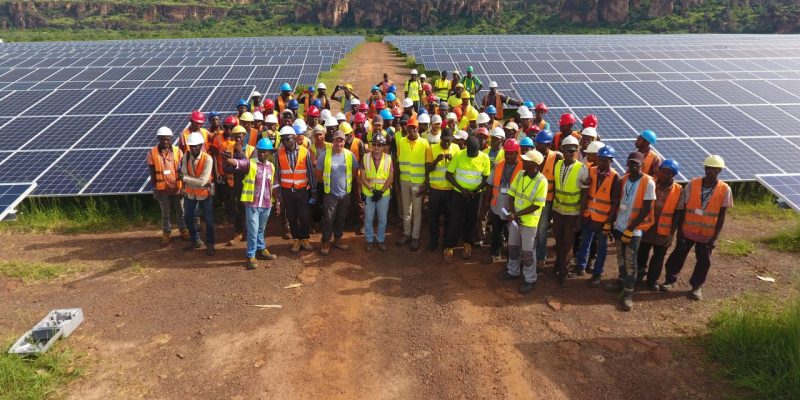 The French independent power producer (IPP) Akuo Energy is commissioning its Kita solar photovoltaic power plant. With a capacity of 50 MWp, it is one of the largest photovoltaic installations in West Africa. This project was implemented in partnership with Pash Global, an investor active in the renewable energy sector.

Akuo Energy keeps its promises. The independent power producer (IPP) now supplies 50 MWp to Mali’s national electricity grid. This is possible thanks to its solar power plant in Kita, which is coming on stream after several months of work. The electricity produced is sold to the public company Electricité du Mali (EDM) under a 30-year power purchase agreement (PPA).

The solar power plant, which occupies a 100-hectare site, is made up of 187,000 panels and solar inverters capable of delivering 50 MWp, making it one of the largest solar parks in the West African sub-region. Its power is capable of supplying up to 120,000 Malian households. The installation is therefore an important part of Mali’s electrification process, which has been greatly delayed due to political and security instability, with more than 49% of the population still without access to electricity, according to the World Bank’s 2018 report.

The contribution to the reduction of CO2 emissions

Akuo Energy built the Kita solar power plant in partnership with the investment company Pash Global, which owns 49.9% of Akuo Kita Solar (AKS), the special purpose company created to operate the plant. In addition to its energy contribution, the solar farm contributes to Mali’s sustainable development, as it will help avoid the emission of 52,000 tonnes of CO2 per year.

“This large-scale project thus strengthens the country (Mali), a signatory of the 1995 Kyoto Protocol, in its commitment to fighting climate change and enables it to get closer to its national renewable energy objectives by 2030. Furthermore, the plant contributes to reducing the country’s dependence on hydropower, which is currently under threat from climate change, but also on imported fossil fuels and the use of wood fuel from natural inland forests,” Akuo Energy points out. 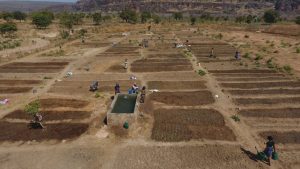 Through its foundation, Akuo Energy has financed the development of 5 hectares of plantations for market gardening. This social component is intended for the communities living near the Kita solar power station, who receive (ongoing) training in techniques for improving organic market gardening. A sort of bonus in this sustainable development project.