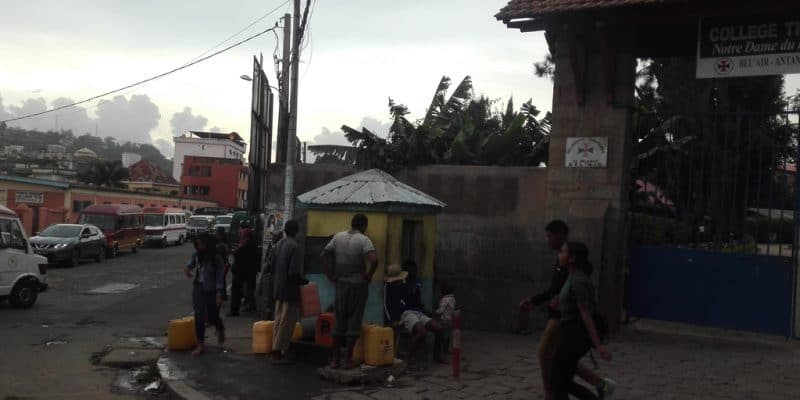 New drinking water installations have recently been inaugurated by the Malagasy authorities in the Androy region. The project was implemented in partnership with the United Nations Children's Fund (UNICEF), with the support of several other development partners.

Drinking water now flows through much of the arid Androy region of southern Madagascar. The commissioning of new drinking water stations even led to an inauguration ceremony presided over by Andry Rajoelina, President of the Republic of Madagascar, in the presence of several personalities, including the heads of the United Nations Children’s Fund (UNICEF), who participated in the implementation of the drinking water project.

Two new pumping stations were built and five others rehabilitated. And the pumping stations, which used to run on internal combustion engines, are now connected to solar off grids. The project also extended 140 km of water pipes and created 19 small distribution networks. All the work took two years.

The construction of the new facilities is part of the project “Improving the environment, health, water and sanitation for children in southern Madagascar”. They will benefit six municipalities and the government estimates that they will supply 40,000 people, including through numerous standpipes.

The project received support from several partners, including Japan, with funding of $1.7 million. It was also financed through loans from the United States Agency for International Development (USAID), the Department for International Development (DFID), a development finance institution of the British government. The German government also contributed to the implementation of the project. The latter is timely, as the Androy region prepares to enter a new dry season. “These infrastructures meet the growing water needs of the populations served, which have evolved since 1996. An initiative that will provide an appropriate solution to the recurrent drought in the south,” says Michel Saint-Lot, the representative of UNICEF in Madagascar.