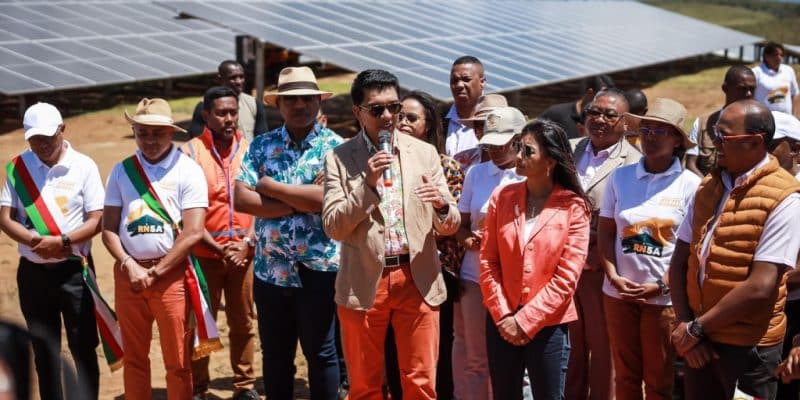 Green Energy Solutions (GES Madagascar), a joint venture between independent power producer (IPP) GreenYellow and Axian Group, has announced the commissioning of a 1 MWp solar photovoltaic plant in Vohémar. The installation, connected to the Jiro sy rano malagasy (JIRAMA) electricity grid, will be hybridised with a thermal generator.

The President of the Republic of Madagascar was in Vohémar. Andry Rajoelina went to this council in the SAVA region for the commissioning of a solar photovoltaic plant built by Green Energy Solutions (GES Madagascar). This renewable energy producer is the result of a partnership between the independent electricity producer (IPP) GreenYellow, a subsidiary of the French group Casino, and the Axian group based in Tananarive in Madagascar.

The new plant was built as part of a project to set up hybrid solar power plants in three cities. After Vohémar, other installations will be built in Antalaha in the province of Antsiranana, and in Sambava in the province of Sava. This project is being implemented in partnership with Jiro sy rano malagasy (JIRAMA), the company that provides the public electricity service in Madagascar.

The commissioning of the Vohémar solar power plant adds to the GHG portfolio in Madagascar. The company also produces solar energy for mining companies, including Colas, a subsidiary of the French group Bouygues, which operates the Ambokatra quarry. Since May 2021, this quarry near the capital Tananarive has been powered by a 148 kWp solar system.