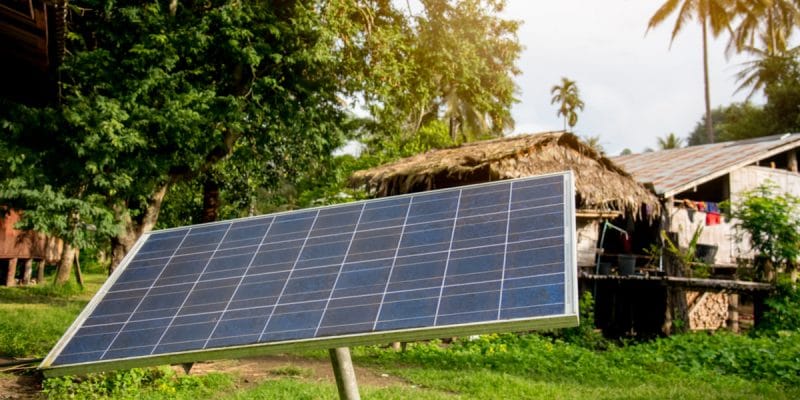 Access to electricity remains a problem in Madagascar. Only 15% of Malagasy people manage to light up at night or charge their mobile phones, but mobile money is experiencing strong growth on the big island. Hence the association between MVola, which operates in mobile banking, and Baobab+, a distributor of solar kits, to improve access to electricity in the country.

According to the Information and Communication Technologies Regulatory Authority, 49.3 percent of Malagasy people have a mobile phone. 17 percent of them have a mobile money account, a figure that, according to the International Monetary Fund (IMF), is constantly rising. In Madagascar, this mobile banking service is provided by MVola. Baobab+ which supplies solar kits to the populations of the big island has just concluded an alliance with MVola to improve its services.

The agreement was signed on Wednesday, June 13, 2018 in Antananarivo, the capital. The agreement stipulates that after the purchase of a solar kit by the individual, the latter must then pay a certain sum, after an initial deposit of 30,000 ariarys, the equivalent of 7.6 euros. This transaction is made from the mobile phone, via MVola’s mobile banking service. Payment is made daily or weekly for a period of one year at no extra charge. After this period and with full financing, the individual becomes the owner of the solar kit.

It is one of the innovations that brings light to rural Africa. The start-up Baobab+ is established in 4 countries: Madagascar, Ivory Coast, Mali and Senegal. In all these countries, the solar kits that the young company makes available to the population cost between 130 and 450 euros (between 99,000 and 296,000 CFA francs). A sum that many people cannot easily afford all at once. So Baobab+ opted for the pay-as-you-go payment system.

In each of the four countries, it adopts the payment by mobile money, much easier to use and less expensive for individuals. To expand its activities in Madagascar, the company headed by Alexander Coster received a €500,000 grant from the European Union. At the moment, her solar kits are lighting more than 50,000 households in Africa (2017 figure) as the ambition is to reach 150,000 households by the end of 2018. A goal that enterprise could achieve with the support of mobile banking.