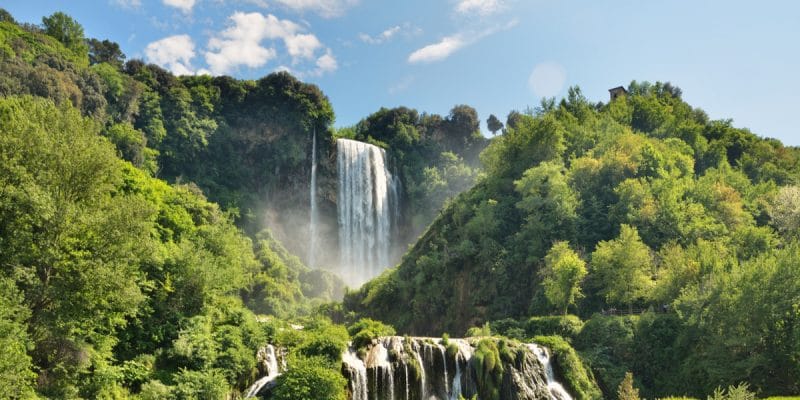 The Madagascan water and electricity company and an Italian partner are planning to build a hydroelectric power plant in Antananarivo. Combined with two solar installations, the facility will produce 35 MW of electricity to fill the energy gap in and around the capital of Madagascar.

The complaints published on social networks by Internet users against Jirama, the national water and electricity company, are recurrent and numerous in Madagascar. According to figures published by the World Bank in 2018, only 15% of the population has access to electricity in this southern African country.

To improve electricity supply, the country’s authorities are now focusing on renewable energies. An option for which Madagascar has great potential: 2,000 kWh/m²/year thanks to the 2,800 hours of sunshine per year, in terms of solar energy.

However, Madagascar’s new energy project will not only rely on solar energy. It will combine both the sun and the strength of waterfalls. This includes the construction of a hydroelectric power plant in Antananarivo, which also includes two adjacent solar installations. The three units will have a total capacity of 35 megawatts to supply the city of Antananarivo and its surroundings.

According to Jirama, the project will be operational by 2020. To address this issue, the national water and electricity company, which has been undergoing some renovation since August 14, 2019, has entered into a partnership with the Italian company Tozzi Green, a company specialising in solutions, services and projects for the development of facilities and the production of energy from renewable sources.

It is important to pay attention to aquatic biodiversity

On the other hand, electricity production from rivers has been denounced in a recent study conducted by the Leibniz Institute of Freshwater and Inland Fisheries Ecology in Germany. The researchers compiled data on 126 megafauna species living in rivers and lakes around the world, as well as information on the geographical distribution of 44 species in Europe and the United States. Results: Between 1970 and 2012, the freshwater megafauna declined by 88%. The pace at which these vertebrates decline is estimated to be twice as fast as for terrestrial or oceanic animals.

This means that environmental impact studies in hydroelectric projects will have to be stepped up, given the large freshwater biological reserve. Rivers and lakes cover only 1% of the world’s surface area, but they are home to one third of all vertebrate species and nearly half of all fish.

It is perhaps to compensate for this aspect that Madagascar relies much more on solar energy among all renewable energy resources. All the regions benefit from more than 2,800 hours of sunshine per year, making the Big Island the ideal site for developing solar energy, which could represent a capacity of 2,000 kWh/m²/year. A potential that the State is counting on to meet its objective: to provide access to energy for 70% of Malagasy households by 2030.

To help achieve this objective, the Scaling Solar initiative launched by the International Finance Corporation (IFC), a subsidiary of the World Bank Group, signed an agreement with the government of Madagascar in March 2016 to design a power plant of about 25 MW connected to the Antananarivo grid. The project includes requirements for storing solar energy by connecting the plant with batteries.