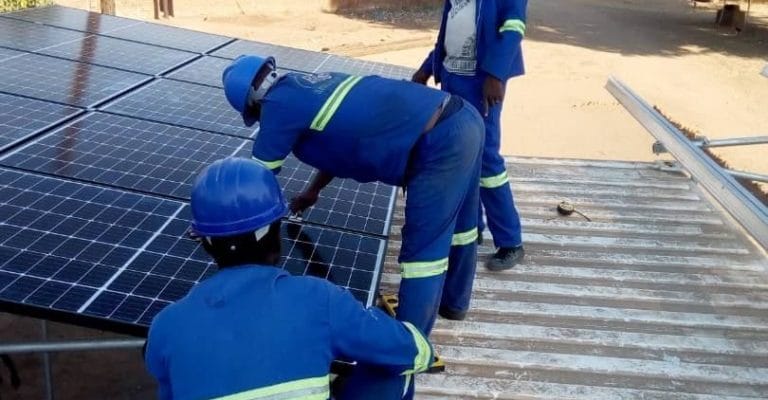 Containerised solar system supplier SustainSolar has won the contract to supply seven containerised solar mini-grids to provide electricity to several clinics in Lesotho. The installations were ordered by the start-up company OnePower, a recipient of a grant from the US Agency for International Development (USAID).

OnePower was quick to implement its project after receiving the grant from the US Agency for International Development (USAID). The Lesotho-based start-up company signed an agreement with SustainSolar to commission seven containerised mini-solar grids for seven functional clinics in this small landlocked kingdom in South Africa.

As part of its new contract, SustainSolar plans to deliver its SustainSolar product range Compact™. This is a 20-foot container equipped with solar panels and inverters. The battery-based electricity storage system installed in the container will provide clinics with electricity after sunset or in bad weather.

“Each system has an initial capacity of 20 kWp and 51 kWh of storage, and can be expanded to more than double its initial size as electricity demand increases. Thanks to the quick installation of a modular off-grid solar system, these mobile solutions are ideal for remote sites, rural electrification and temporary installations,” says SustainSolar. The company based in Cape Town, South Africa, has until the end of 2020 to deliver its containerised solar systems.

OnePower, which will operate them, is one of nine companies to benefit from a $2.6 million grant from the USAID as part of Power Africa’s “Beyond the Grid” initiative to electrify primary healthcare facilities in sub-Saharan Africa with off-grid solar photovoltaic solutions. The initiative is expected to increase the rate of access to electricity for healthcare facilities on the African continent.

According to USAID, 60 per cent of clinics in sub-Saharan Africa do not have access to electricity, and among those with reliable 24-hour access are 34 per cent of hospitals and 28 per cent of clinics. In addition to Lesotho, several African countries benefit from Power Africa’s “Beyond the Grid” initiative, including Ghana, Nigeria, Togo, Malawi, Mozambique and Zambia.