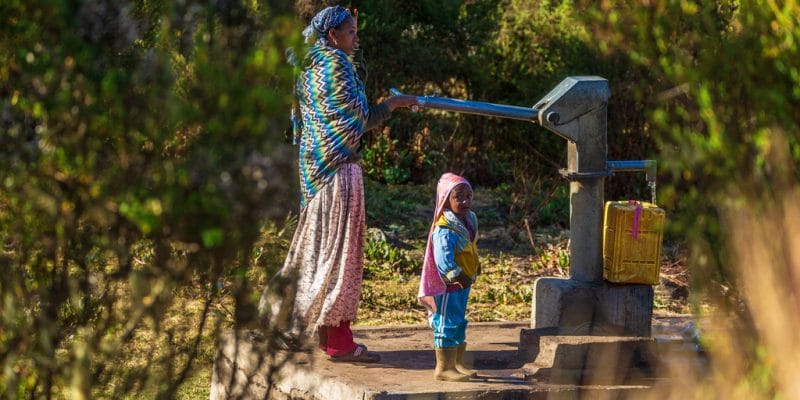 The construction of several drinking water facilities has now been completed in Siaya County, western Kenya, according to Joseph Irungu, the Principal Secretary of the Kenyan Ministry of Water and Sanitation

Some new facilities will soon provide drinking water to the people of Siaya County, located on the eastern shore of Lake Victoria. They have been installed thanks to several projects that have recently been completed. Joseph Irungu, the Principal Secretary of the Kenyan Ministry of Water and Sanitation, who recently made a trip to western Kenya, confirms this.

Among the projects completed under the leadership of the Lake Victoria South Water Service Board (LVSWSB), the Siaya-Bondo project was now completed to expand the capacity of Sidindi Malanga’s drinking water plant. The project involved installing a new water intake on Lake Victoria to increase the capacity of the drinking water station from 7,000 m3 to 18,000 m3 per day. The project is intended to supply more than 200,000 people in the cities of Siaya and Bondo.

The entire Siaya-Bondo drinking water and sanitation project required an investment of 2.4 billion Kenyan shillings, more than $23 million. It was financed by the Kenyan central government through a loan from the African Development Bank (AfDB). Joseph Irungu, the Principal Secretary of the Kenyan Ministry of Water and Sanitation, believes that the project should also provide and improve access to sanitation for more than 51,000 people.

The other projects, currently being completed in Siaya County, are located in rural areas. It is the Kamrembo-Udira Community Water Supply Project, which cost 7 million shillings (about $68,000) to complete. It will provide drinking water to 4,000 people.

Other projects in progress

The Kenyan central government has also financed the construction of several boreholes in the localities of Naya, Tingare and Sigalame, at a total cost of 15.7 million shillings (some $152,000). These facilities provide drinking water to more than 8,000 people. According to Joseph Irungu, other drinking water projects are still underway in Siaya County. One such project is the Ugunja-Ukwala-Sega Water and Sanitation Project. Work began in 2018 and includes the installation of a water intake, a 380 m pipeline, and the construction of a drinking water station capable of supplying 8,400 m3 per day. The water from the plant will be stored in a reservoir with a capacity of 1,500 m3. The water supply in the three localities concerned by the project will be provided via a pumping station and a pipeline of more than 11 km. At a cost of 1.1 billion shillings ($10.6 million), drinking water will supply more than 77,000 people. The project is supported by the AfDB.