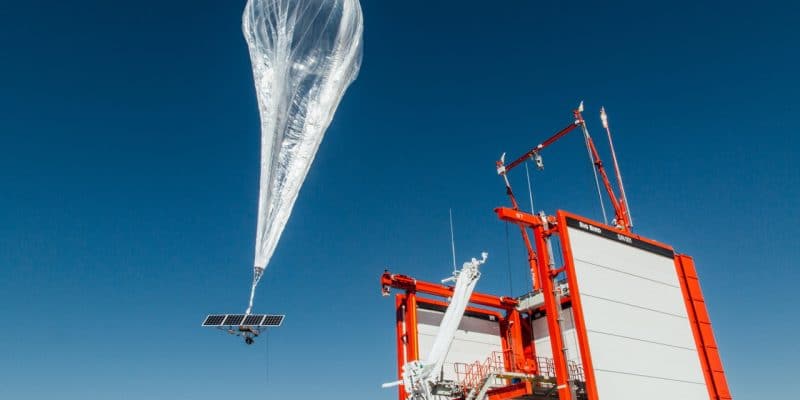 The first internet balloon of Loon LCC, a subsidiary of Google's parent company Alphabet, has arrived over Kenya. The giant balloon, named HBA092, was launched at Loon LCC's site in Puerto Rico, USA, at the end of January 2020. The floating network will help overcome the lack of internet connectivity in remote areas of the country during this difficult time due to the coronavirus pandemic.

A project that has been in the works for 10 years is finally coming to life. The first Internet balloon of the American company Loon LCC, a subsidiary of Alphabet, the parent company of Google, arrived in Kenya, seven days after the statements of the President of the Republic of Kenya, Uhuru Kenyatta, concerning the receipt by Loon LCC of all the agreements, on March 23, 2020. Rather than broadcasting the network via fixed antennas, which are heavy in infrastructure and not very efficient in the event of terrain, the Loon project uses helium balloons, equipped with antennas and powered by photovoltaic panels. The Internet balloons fly in the stratosphere at an altitude of 20 kilometers, well above storms and airliners. Artificial intelligence raises or lowers the balloon in the sky to take advantage of air currents, and thus move optimally. The giant balloon has a lifespan of six months before making a controlled descent to land.

According to StratoCat and Flightradar24, aerial surveillance platforms, the internet balloon, named HBA092, took off from the company’s site in Puerto Rico, USA, in January 2020. Before flying over Kenya, the balloon covered more than 11,000 km, carried by the air and guided by an autonomous and intelligent navigation system, taking into account wind drift and weather forecasts. The balloon passed through the Brazilian coast before flying over the Cape of Good Hope in South Africa and passing off Madagascar.

HBA092 should soon be joined by three other Internet transmitter balloons (HAA093, HBAL25 and HBAL26). According to Loon LCC, these are already near the Seychelles coast.

A connection to the emergency services

In 2018, Loon LCC officially comes out of the shadows and signs its first commercial contract with the Kenyan telecom operator Telkom Kenya. The aim of the agreement is to make the internet accessible in remote areas of the country via hot-air balloons. With the spread of Covid-19, the two partners decided to reactivate their project by deploying the first Loon LCC balloons in Kenya free of charge. It is the first official launch of balloons from the American company intended to issue as part of a commercial offer. “These balloons will carry a 4G base station over an area of 5,000 square kilometers, the size of a department such as the Ardennes or the Lot, two French departments, and will provide a connection to tens of millions of Kenyans. The new facility is expected to improve coordination between small clinics and national hospitals, and enable Kenyans to stay connected to emergency services wherever they are,” says Uhuru Kenyatta, Kenya’s president.

He said the Loon project will also help Kenya maintain its competitive edge in information and communication technology (ICT) and innovation in the midst of the current crisis.

Loon LCC’s technology is a first in Africa. It has already been used in other countries such as Peru in South America after the May 2019 earthquake. A first commissioning could take place within a few weeks. Kenya should therefore become the company’s first customer.