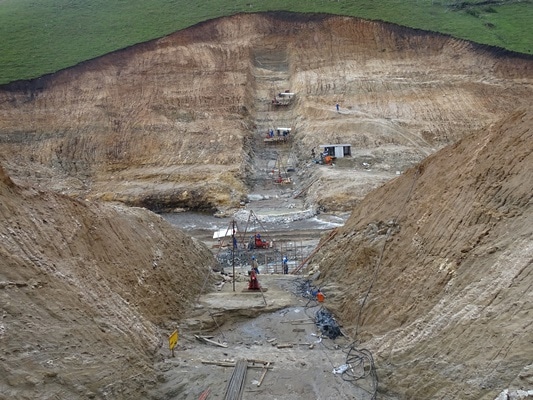 After a long period of interruption, work is resuming at the Siyoi-Muruny water project site in West Pokot County, Kenya. The information was revealed recently by the Rift Valley Regional Commissioner, George Natembeya.

The Kenyan authorities are hoping that the Siyoi-Muruny water supply project will be completed and have just released additional funds for the project in Pokot County. The value of the investment was not disclosed, but the Kenyan government has ordered the contractor to resume work immediately.

The Siyoi-Muruny water project was launched in 2015 by President Uhuru Kenyatta for a period of 3 years. The work was never completed. The reasons range from lack of funding to the contractor abandoning the work. “We took the opportunity to urge contractors to stop abandoning their projects due to late payment, as abandonment attracts vandalism and eventually the projects become more expensive,” says George Natembeya, the Rift Valley Regional Commissioner.

At this point, the Siyoi-Muruny dam, located about 43 km from the town of Kapenguria, is only 10% complete. Government funding will allow for the continuation of the work, which includes the construction of two access roads with a total length of approximately 2.7 km, as well as an earth fill dam. The Siyoi-Muruny water project also includes the construction of diversion culverts, a 10 m wide spillway, a 15 m long bridge across the spillway, a 154 m long crest road, a 30 m high drawdown tower, and a 71 m long bridge across the reservoir.

The future dam will also have a 30m high embankment on the Muruny River, which flows north-eastwards into Lake Turkana. Raw water from the dam will be transported through an 11 km long main pipeline. The treated water will be distributed to 350,000 households in Kapenguria Municipality, Pokot South District and communities along the pipeline route.