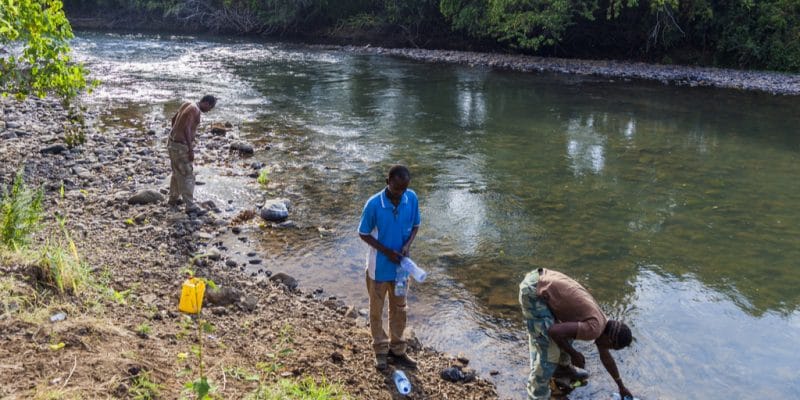 A drinking water project is currently underway in Mandera County, in north-eastern Kenya, on the Ethiopia-Somalia border. The works are expected to take 18 months and benefit more than 252,000 Mandera residents.

In Mandera, a town in the county of the same name in northeastern Kenya, the only way to get clean drinking water at this time is to ride kilometres on donkeys or camels, equipped with various containers. To relieve the people of Mandera, the local government, with the support of the central government in Nairobi, has just launched a drinking water project.

Now eagerly awaited by the population, it plans to build a drinking water plant that will treat 16,000 m3 every day. The facility will be supplemented by a concrete underground tank for the storage of drinking water. It will have a capacity of 16,037 m3. However, to bring water to families, it will be necessary to lay more than 316 km of pipes through the city….

“This is an important milestone for us and we thank the central government for mobilising resources to finance the project. This is a project that will change the lives of our fellow citizens for many years to come,” said Mohamed Arai, Deputy Governor of Mandera County, at the launching ceremony of the drinking water project. It is expected to benefit more than 252,000 residents in the city’s nine districts.

It will require a 1.4 billion Kenyan shillings investment, or nearly $14 million. The work will take 18 months; a delay that the populations consider very long, considering the urgency, especially since they had wells for drinking water supply. In November 2018, health authorities announced that 13 of the 14 functional wells were contaminated by wastewater, and therefore unsuitable for consumption. These wells are therefore closed.

To support their families, women and children, who have the traditional responsibility of bringing water home, have to travel miles with carts pulled by donkeys and camels to get supplies from rivers far from the city. It is an understatement to say that, in anticipation, the populations are already showing signs of relief after the announcement of the drinking water project in the city of Mandera.