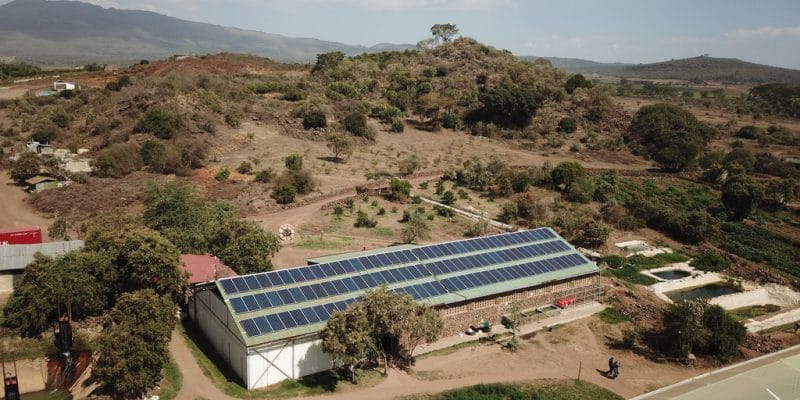 Equator Energy, a Kenyan-based company, has recently commissioned a small solar power plant in Tatu City, a city under construction near Nairobi. With a capacity of 1 MW, the solar park was installed on the roof of Dormans Coffee, in the city's industrial park.

Tatu City, a city under construction 23 km north of Nairobi, the Kenyan capital, now has a solar power plant. The latter includes 2,880 solar modules fixed on 5,700 m2, on the roof of the headquarters of Dormans Coffee, a coffee transformer. The solar panels are connected to each other by at least 15 kilometres of wire. The entire installation produces 1 MW and the solar power plant will reduce CO2 emissions by 1,000 tonnes per year.

The park is the result of a partnership between the developing city of Tatu City and Equator Energy, a solar energy company based in Nairobi. “Electricity produced from solar panels will be distributed to homes and businesses in the city. We are pleased to know that residents will benefit from an affordable power supply,” said Nick Langford, Utilities Manager for Rendeavour, the developer of Tatu City. The solar park will provide energy to 8,500 people.

Tatu City covers an area of more than 20 km2. This urban development project includes the construction of houses, schools, offices, a shopping district, health centres, green spaces, a sports and entertainment complex and, above all, an industrial park. According to the promoter of this project, the future city of Tatu City will accommodate 150,000 people and “non-polluting industries”. Several companies are already ready to set up their factories there. This is the case for Dormans Coffee, Kim-Fay, Unilever, Chandaria Industries, Africa Logistics Properties, Freight Forwarder Kenya, Stecol and Tianlong.

According to Nick Langford, the objective is to install solar panels on all roofs of the industrial park for a total production of 30 MW. The city will be able to count on Equator Energy to design, finance and operate solar power plants, allowing companies to benefit from clean energy without necessarily investing in the solar power plants themselves. In West Africa, CrossBoundary Energy, an investment fund specialising in rooftop solar off-grid projects, provides solar energy to companies using the same process.