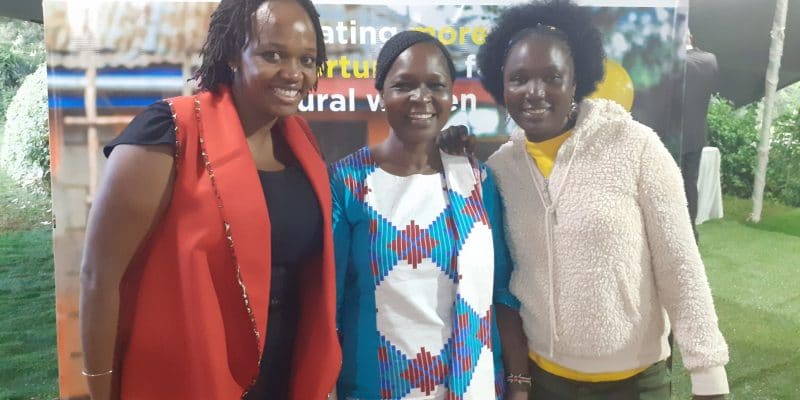 Solar home systems provider Azuri Technologies has recently launched the "Brighter Lives" project in Nairobi, Kenya. The initiative aims to encourage rural women to turn to solar energy. It will also provide training and employment for 250 of them.

In Kenya, training in the use of solar energy will soon be provided to rural women. This will be thanks to the “Brighter Lives” project which has been initiated in early February 2020 by the CEO of Azuri Technologies Simon Bransfield-Garth. It was during the first Women in Solar meeting held at the British Embassy in Nairobi, Kenya.

The solar home systems supplier Azuri Technologies, offers these women a “comprehensive” training programme at its regional training centres in Kenya. Among other things, they will be trained in finding new livelihoods and adapting technologies to their needs. The women will also be trained in the initial installation of solar-powered equipment, as well as in ongoing personal assistance to their clients at the time of repayment. The initiative will ultimately provide employment for 250 rural women in Kenya.

To facilitate the work, each new recruit will be equipped with an Azuri smartphone. With the smart phone, she will be able to manage and track tasks and access learning and coaching tools. Female agents will also be invited to join internal social networks where they can connect with other women to learn, share and grow in their responsibilities.

The participation of other international organizations

The British company Azuri Technologies and the Dutch-British multinational Unilever are partners in the “Brighter Lives” project. The Sunlight brand of consumer goods company Unilever will give a boost to solar kit supplier Azuri Technologies as part of training rural Kenyan women in the distribution of solar kits.

Azuri’s training project for women is expected to help accelerate household electrification in rural Kenya. In this East African country, access to electricity remains a major challenge. According to the World Bank’s 2017 report, 36 per cent of the population still has no access to electricity.