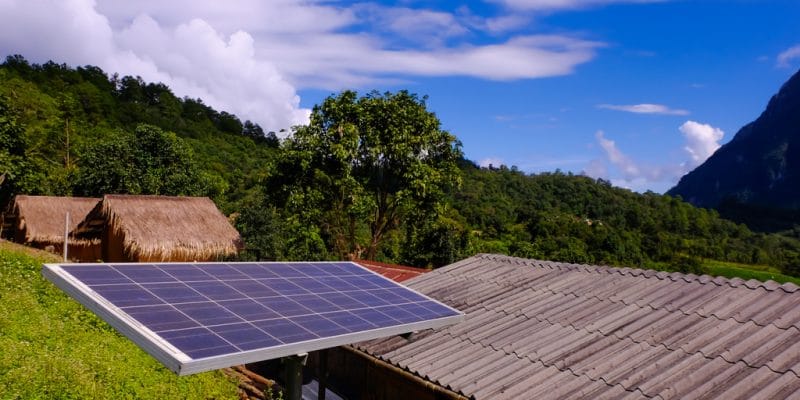 The Kenyan government has recently secured $150 million (over 15 billion Kenyan shillings) from the African Development Bank (AfDB). The funds will provide solar energy to 250,000 households in 14 counties.

The AfDB grant will enable 250,000 households in 14 counties to be electrified via solar systems. These are mainly counties whose inhabitants suffer from poor access to electricity. The solar of grids that will be installed will also provide electricity to more than 800 public institutions. “The government hopes to achieve 1.9 million connections to solar energy through Kenya’s national electrification strategy launched in 2018,” said Uhuru Kenyatta, president of the Republic of Kenya, at the opening of the sixth edition of the Global Off-Grid Solar Forum 2020 in Nairobi.

As part of Kenya’s off-grid electrification programme, the country’s solar equipment importers will also benefit from tax exemptions and incentives to make the final cost of electricity affordable. The programme complements other major solar projects in Kenya.

Other electricity supply projects in the country

In January 2020, Kenya acquired a 50MWp photovoltaic solar power plant. It is located in Mbalambala, in Garissa County in eastern Kenya. The installation consists of 200 solar panels connected to inverters and installed on an area of 85 hectares. It currently supplies 70,000 households in the town of Garissa, which represents half of the county’s population. The project required an investment of just over $128.5 million (almost 131 billion Kenyan shillings). The Kenya Rural Electrification Authority relied on funding from Exim Bank of China to build the Garissa Solar Photovoltaic Power Plant.