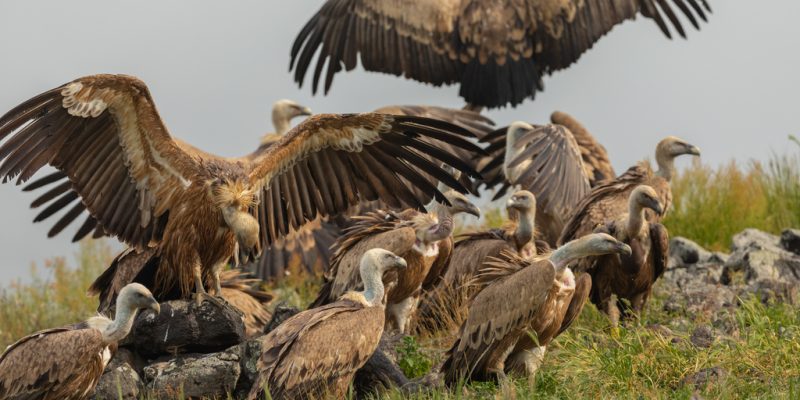 In Laikipia, one of Kenya's 47 counties located at the equator in the former Rift Valley Province, 18 vultures have been killed on April 21, 2020. According to the Kenya Wildlife Service (KWS), the birds of prey died after eating the carcasses of two camels that had been poisoned. This practice has become common practice in the country, undermining the ecosystem and human health in Kenya.

This is yet another blow to Laikipia, one of Kenya’s 47 counties, located at the equator in the former Rift Valley Province. On April 21, 2020, the county lost 18 of its vultures. These animals are invaluable to the ecosystem and human health. By eating decaying carcasses, they would prevent the spread of diseases such as tuberculosis, rabies and anthrax.

Initial findings of investigations, conducted by the Kenya Wildlife Service (KWS) in collaboration with other government investigative agencies, established on the 23rd of April 2020 that the vultures probably died after eating the carcasses of two camels. “Two camels that had been missing from a boma for 4 days were killed by a lion whose footprints were identified in the vicinity. The assumption is that the vultures died after eating the poisoned carcasses of the camels,” they added.

According to KWS, two hypotheses emerge from the current situation in Kenya. “Herders who lose their livestock to lions, hyenas and other carnivores sometimes spray toxic pesticides on the carcasses of slaughtered animals in retaliation. The poison kills the predator, but it also kills the vultures that rush to eat the poisoned animals. Vultures can also be deliberately poisoned by poachers so that no one is warned by poachers that an animal has been killed, like an elephant for its tusks,” KWS reports.

KWS is currently working with the local government and the Criminal Investigation Department (CID) to determine the type of poison used. “Samples of the vultures are in the possession of the government chemist for analysis, while the carcasses have been disposed of to prevent the possible spread of the disease,” KWS says. Among the species of birds of prey killed at Laikipia are 11 tawny vultures, 7 golden eagles and 1 silver jackal, all of which are endangered. However, the law expressly prohibits any act of killing or harming an endangered species or any game for that purpose, with severe penalties of life imprisonment or a fine of up to 20 million shillings or both (more than $188,608).

A few months earlier, on February 6, 2020, 20 endangered vultures from the Masai Mara National Reserve in Kenya were also killed as a result of poisoning. They were reportedly fed on a poisoned spotted hyena carcass.

Targeted and untargeted poisoning of vultures is not unique to Kenya alone. It’s increasing at an alarming rate across Africa. On June 20, 2019, 537 endangered vultures were poisoned by elephant poachers in Botswana. It is the highest vulture mortality ever recorded in Botswana in a single poisoning and one of the worst on the continent. In 2013, a similar incident occurred in the Caprivi region of Namibia killing between 400 and 600 vultures.

According to BirdLife, a global partnership of conservation organisations that protect birds, their habitats and global biodiversity, it is only through high-level action that African vultures will receive the attention and protection they deserve against sentinel poisoning. “For example, agrochemicals used to poison vultures should be banned and the use of less lethal chemicals should be encouraged. If such catastrophic episodes continue, we could lose the battle to save this iconic and vitally important species,” says Beckie Garbett, a member of the BirdLife International Partnership for Africa’s Partnership Secretariat.