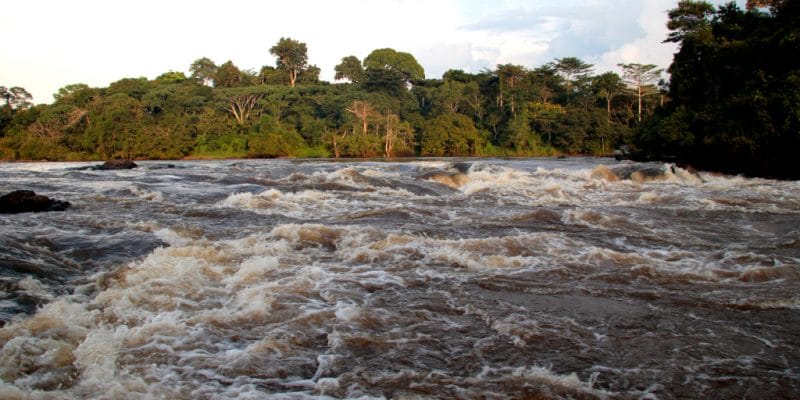 In southern Congo's Kasai province, large amounts of rubbish are floating on the banks of the Tshikapa, Kasai, Fimi and Kwilu rivers. The result: displaced populations, the disappearance of aquatic flora and the corpses of aquatic animals

The waters of the rivers in the south of the Democratic Republic of Congo are as red as the eye can see. The most affected rivers are Tshikapa, Kasai, Fimi and Kwilu. The company involved is believed to be Catoca (Sociedade Mineira de Catoca), the largest diamond mining company in Angola. According to initial information provided by the Congolese authorities, the pollution of these rivers is caused by the leakage of a tailings dam, used to store toxic waste, on an Angolan river where the Congolese rivers originate. Catoca said in a statement that after finding that tailings had spilled into the Lova River, the breach was plugged by installing two dams to filter sediment from the water. For Congolese researchers, the delayed reaction of the company responsible for diamond mining in the neighbouring country has nevertheless resulted in heavy polluting effects.

The Kasai province is the first to be affected, with the mass death of its fish and hippos. The aquatic flora has also suffered great damage with the disappearance of algae, bryophytes and fungi. Hundreds of people are reported to have contracted diarrhoea as a result of drinking the contaminated water. According to the government, 13 of the 18 health zones in Kasai province have been affected and over 950,000 people are at risk. The Centre de recherché en ressources en eau du Bassin du Congo (CRREBC), based at the University of Kinshasa, fears more serious consequences for the region. One of these is groundwater contamination, which could have negative effects for several years. He therefore advocates the carrying out of extensive studies.

Modeste Kinsangala, a hydro-climatologist, warned on Top Congo FM that: “Last week, the pollution had already reached Mushie; this week, it is at the level of Kwamouth, 190 km from the capital. So soon, Kinshasa will be attacked. By next week, you will see the waters at Muluku turn red.

The Congolese authorities to safeguard the affected regions.

Following the appeal by the President of the Democratic Republic of Congo, Félix Antoine Tshisekedi, to ensure the safeguarding of the ecosystem of the regions crossed by the Tshikapa, Kasai, Fimi and Kwilu rivers, he referred the matter to the Deputy Prime Minister and Minister of Foreign Affairs so that he could obtain further explanations from the Angolan diplomat posted in Kinshasa. On August 25th, 2021, it was the turn of the lower house of parliament to hear the Deputy Prime Minister of Environment and Sustainable Development, Eve Bazaiba. During this meeting with the deputies, she asked for more time to assess the situation by visiting the site of the pollution. In the meantime, boreholes will be installed in the affected areas to allow the population to have access to clean water, as the consumption of river water has been banned.

This week Eve Bazaiba Masudi and Christophe Lutundula, Minister of Foreign Affairs, are expected in Angola on a joint mission with the Angolan government. A visit will immediately be made to the Luo, Camatchia-Camagico and Catoca mining complexes where the leakage that polluted Congolese rivers is believed to have occurred. According to reports from Kinshasa, the Congolese want to activate the “polluter pays” principle, in a context where the country’s authorities have been trying for several months to put the mining sector in order.