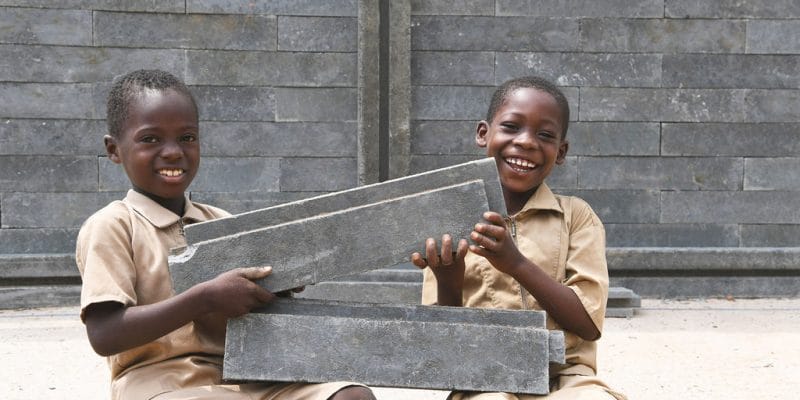 The United Nations Children's Fund (UNICEF) has recently launched a project to build 500 recycled plastic brick classrooms in Ivory Coast. This project will be carried out in partnership with the Colombian company Conceptos Plásticos.

It is an innovative project. The United Nations Children’s Fund (UNICEF) has decided to provide 500 classrooms in Ivory Coast. This is an unusual project as these buildings will be built of recycled plastic bricks. There is no shortage of this secondary raw material in Ivory Coast. In every city in this West African country, plastic waste management is a permanent challenge for municipalities.

In order to support the country in this project, UNICEF called on the Colombian company Conceptos Plásticos, which supplies recycled plastic brick houses to millions of people in Latin America and is setting up a brick manufacturing plant in Ivory Coast. UNICEF recently laid the foundation stone for this facility, which will melt and mould plastic waste into a “solid and easy to assemble” material.

Improvement of waste management in Abidjan

“This cutting-edge plant will offer intelligent and modular solutions to meet some of the major educational challenges facing children and populations in Africa (…) Its vocation is threefold: more classrooms for children in Ivory Coast, less plastic waste in the environment and additional income sources for the most vulnerable families,” explains Henrietta Holsman Fore, UNICEF’s Executive Director.

A pilot project was carried out a few months ago by this branch of the United Nations (UN). It has made it possible to build classrooms in the communes of Port-Bouët, Divo and Toumodi. However, the bricks used had been manufactured in Colombia and transported to Ivory Coast.

A plant in Abidjan is expected to reduce project expenses. According to UNICEF, if it operates at full capacity, it should absorb at least 4,800 tonnes of plastic waste per year. It is quite possible to collect this amount of waste in the city of Abidjan since it is estimated that 280 tonnes of plastic waste is collected daily in this city of more than 5 million inhabitants. Only 5% of this waste is currently recycled. The rest goes to landfills.

UNICEF estimates that bricks made from plastic waste are “40% cheaper and 20% lighter than those made from clay. In addition, they will last hundreds of years longer than conventional building materials. The 500 classrooms they will be used to build will benefit at least 25,000 disadvantaged children, mainly in primary and nursery schools.