Homepage » IVORY COAST: The government reinforces the water supply in the Sud-Comoé

IVORY COAST: The government reinforces the water supply in the Sud-Comoé 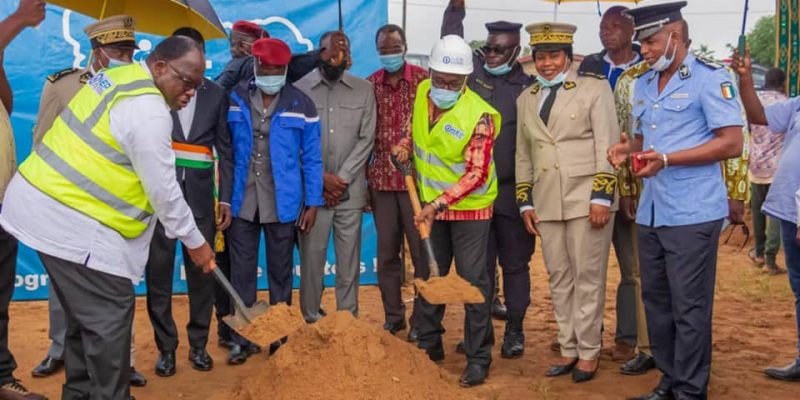 A drinking water supply system (DWSS) should provide 6,864 m3 of water per day to the populations of the South-Comoé region of Ivory Coast. On July 4th, 2021, the Ivorian Minister of Hydraulics, Laurent Tchagba, launched the construction of new facilities as part of the project to supply drinking water to Maféré and 14 surrounding villages.

The project involves the construction and equipping of two large diameter boreholes. The installations will pump water from the water table using two 60 kVa generators. The water will be stored in three reinforced concrete water towers, one of 500 m3 in Maféré and two towers of 80 m3 each in Mouyassué and Kongodjan. Drinking water will be distributed to the population via 40 km of pipes.

A total of 6,864 m3 of water will be produced each day thanks to the future installations. This should help to improve the current drinking water coverage, estimated at 53% in Maféré and the surrounding localities, according to the Ivorian Ministry of Hydraulics.