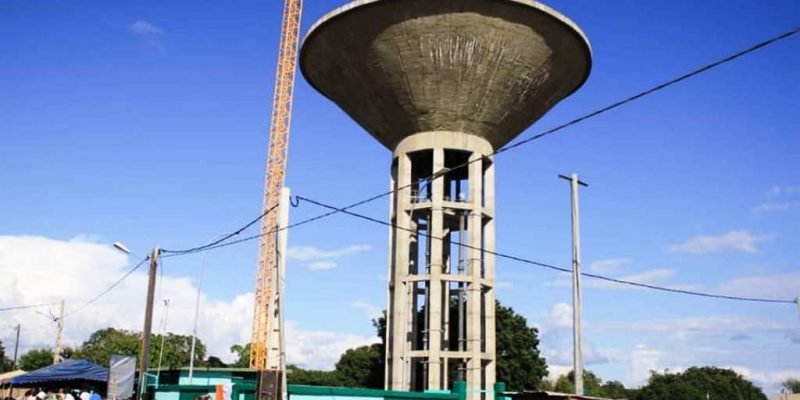 The government of Ivory Coast is multiplying initiatives to improve access to drinking water for the population. The latest projects were recently inaugurated by the Ivorian Minister of Hydraulics, Laurent Tchagba. They consist of three water towers built in the localities of Bouna, Kémédi and Bingerville.

The Ivorian Minister of Hydraulics, Laurent Tchagba has just presided over a ceremony to inaugurate new drinking water supply systems in Ivory Coast. These are three water towers built in the town of Bouna and the locality of Kémédi, both located in the north-east of this West African country; as well as in the town of Bingerville in the south-east of Ivory Coast.

In the town of Bouna, the water pumped from the water table will be stored in a 1,000 m3 castle and will supply up to 40,000 people through 42 km of pipes. “Bouna’s daily production will increase to 4,700 m3 per day against 700 m3 of water per day before the implementation of the project, thus covering more than 100% of the population’s needs,” says the Ivorian Minister of Hydraulics, Laurent Tchagba. The construction of the installations took 2 years for a total cost of 10.5 billion CFA francs (about 2.3 million euros).

With a capacity of 30 min 3 s, the drinking water supply project in the locality of Kémédi required an investment of more than 200 million CFA francs (nearly 305,000 euros).

A water tower with a capacity of 11,000 m3 in Bingerville

The third water tower inaugurated by the Ivorian Minister of Hydraulics will be able to contain 11 000 m3 of water obtained from three large diameter boreholes with a total flow rate of 200 m3 per hour. This water is treated in a 5,000 m3 per day station before being conveyed to Bingerville via 10 km of pipes. The system will make it possible to improve the drinking water supply in the districts of Blanchon, Adjamé Bingerville, Santé, Kessé, Abatta, Akandjé, Akouédo and the adjoining localities of Adjin and Anna. The works lasted 16 months with funding of 4.2 billion CFA francs (over 6.4 million euros) allocated by the World Bank and the Ivorian government.

Other projects under development

The Ivorian Minister of Hydraulics, Laurent Tchagba says that other water installations will be built in Bingerville from February 2021 and that they will bring an additional production of 11,000 m3 of water per day to the town.

The town of Doropo, located in the extreme north-east of Ivory Coast, will soon be equipped with a water tower. On October 10th, 2020, Laurent Tchagba launched construction work on the installation, which will have a capacity of 200 m3 of water and a height of 20m. The Doropo water tower should be delivered in six months’ time.