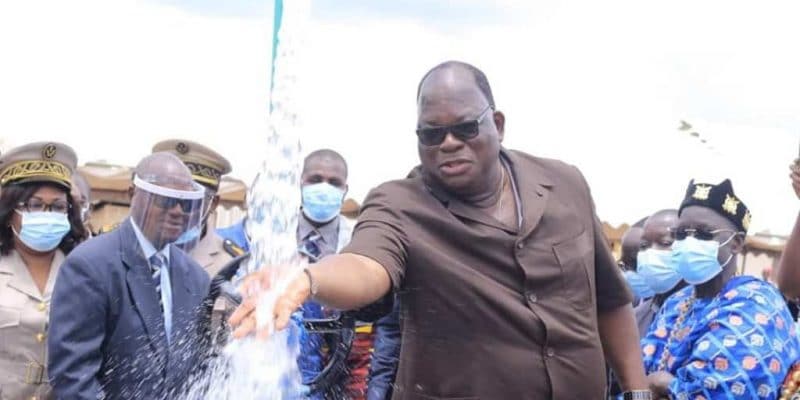 The villages of Boussoukro and Bouaffoukro, located in the region of Moronou in the centre of Ivory Coast have just been equipped with two water towers. The two 130 m3 facilities will be used to improve the drinking water supply to the populations of these localities.

The government of Ivory Coast is making progress in its policy to provide drinking water to all Ivorians by 2030. The Ivorian Minister of Hydraulics, Laurent Tchagba, has just commissioned two water towers in the country. This time, the villages concerned are Boussoukro and Bouaffoukro, located in the Moronou region in the centre of the country.

The water tower of Boussoukro was inaugurated on September 5, 2020. The facility, which has a storage capacity of 80 m3 of water at a height of 12 m, will supply the populations of Boussoukro and three surrounding villages, namely Offa, Kodimasso and Bodo. Its construction was entirely financed by the Ivorian government to the tune of nearly 340.8 million CFA francs, or more than 519,500 euros.

The Bouaffoukro water tower was also commissioned on September 5th, 2020. The facility has a storage capacity of 50 m3 with a height of 12 m. The State invested 135 million CFA francs, or approximately 206,000 euros, in the construction of the water tower. “Bouaffoukro had a rudimentary and obsolete village hydraulic system with a low production capacity. A situation that forced the population to turn to wells and ponds for water supplies despite the risk of water-borne diseases,” explains Laurent Tchagba, the Ivorian Minister of Hydraulics.

Other water towers under construction

Minister Laurent Tchagba also proceeded to install the first of a water tower in the Division of Assahara, still in the Moronou region. The installation should be operational in six months. It will have a storage capacity of 200 m3 with a height of 15 m, making it possible to supply up to 12,300 inhabitants with drinking water in Assahara, as well as certain surrounding localities, notably N’Drikro, Komambo, Assieboussou, Kouama, and Kouakro.

The Ivorian government plans to invest 554 million CFA francs (about ‘844,600) to carry out this project.