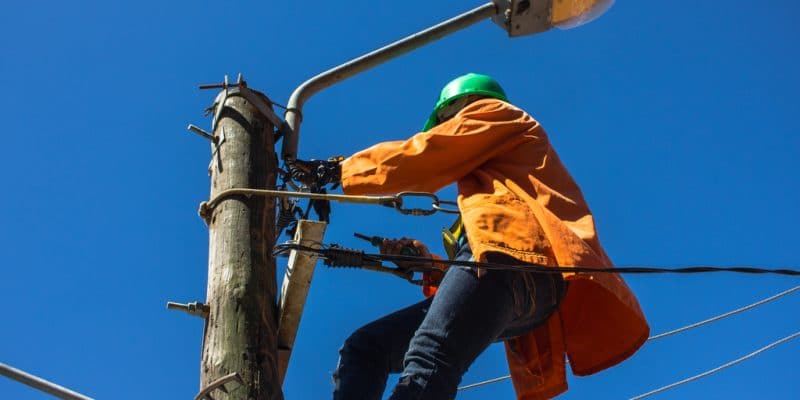 The 1,800 inhabitants of Assikro and Nanan Assouakro in the Moronou region of Ivory Coast have been connected to the national electricity grid. The work was financed by the Ivorian state to the tune of 267 million CFA francs, or around 421,000 euros.

In Assikro, 10 km of medium and low voltage lines have been installed to connect the village’s 1,000 inhabitants. At least 55 poles and lampposts have been installed, as well as a transformer. The entire project was financed by the Ivorian government to the tune of 183 million CFA francs (nearly ‘279,000). “The electrification of Assikro is part of the government’s social programme, the aim of which is to improve the living conditions of Ivorians. In this village, students will be able to work longer and women will be able to develop income-generating activities thanks to this electricity,” says Abdourahmane Cissé, the Minister of Petroleum, Energy and Renewable Energies.

In the village of Nanan Assouakr, around 800 inhabitants have been connected to the national electricity grid at a cost of more than 84 million CFA francs (more than 128,000 euros). The electrical powering of the localities of Nanan Assouakr and Assikro was carried out on the 9th and 10th of September 2020 respectively by the President of Ivory Coast Alassane Ouattara.

Other electrification projects are underway in the Moronou region

In Assikro, the Electricity for All Programme (PEPT), launched in June 2019, in the Indénié-Djuablin region, also enables people to have an electricity meter at 1000 CFA francs (over 1.5 euros) instead of 15,000 CFA francs (nearly 22.9 euros). The programme, which ends in 2020, should enable nearly 114,000 households to benefit from electricity at a lower cost.

At least six villages in the sub-division of Bongouanou, in the Moronou region, will soon be electrified as part of the National Rural Electrification Programme (Proner) launched on June 28th, 2019. It aims at electrifying villages with more than 500 inhabitants by the end of 2020. Currently, 43 localities in Bongouanou have access to electricity, a coverage rate of 86.5%.