IVORY COAST: New facilities to supply water to Abengourou by 2024 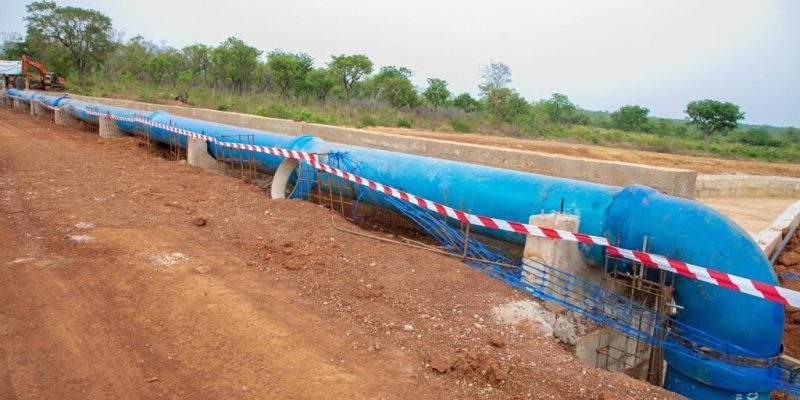 As part of the "Water for All" program, the Ivorian government has announced that work on the drinking water supply project for the town of Abengourou, located 210 km from Abidjan, has reached about 35% completion. The project, which will be completed in 2024, will enable 260,000 inhabitants of Abengourou and surrounding localities to be connected to the national drinking water network.

Ivory Coast is continuing its efforts to provide universal access to drinking water for its 28 million inhabitants by 2030. The project to supply drinking water to Abengourou, a town of 207,000 inhabitants located in the east of the country, near the border with Ghana, is part of this effort. It consists of pumping 22,000 m3 of water per day from the Comoé River for treatment and distribution via a water tower with a capacity of 1,000 m³ per day. This installation is currently being rehabilitated.

The works are being carried out by the company Arc Ingénierie, based in Abidjan and specialized in the realization of studies, control and supervision of construction works. As delegated project manager, it is accompanied by the companies Emaci and Société nouvelle d’électricité (SNE). The Office national de l’eau potable (ONEP) is coordinating the work at the Abengourou site.

Through the construction of two other water towers in the town of Dalo located in the Haut-Sassandra region, 141 km from the capital Yamoussokro, the Abengourou project will also benefit 53,000 inhabitants of the villages of Kabrankro, Ettienkro and Kodjina. “All the sub-prefecture capitals and attached villages will benefit from the project. Villages that are self-sufficient or have an improved village water system (HVA) or urban water system (HU) will see their capacity strengthened,” says Laurent Tchagba, Ivorian Minister of Water.

Strengthening the connection to the national drinking water network

This project takes into account all elements of the chain, including production, storage and the network. In terms of production, it will consist of the construction of a concrete weir with a reservoir capable of ensuring a flow rate of 2,000 m3 per day, a treatment plant with a production capacity of 500 m3 per hour and a pumping station.

For storage, the project includes the construction of three water towers, one of 500 m3 in Ettienkro, the second with a storage capacity of 100 m3 in Kodjinan and the third with a capacity of 2,000 m3 in Abengourou. As for the distribution network, the work, which will be completed by 2024, will allow for the laying of 42 km of pipes in the commune and 32 km of pipes in the surrounding localities.

The Abengourou drinking water supply reinforcement project, worth a total of 25 billion CFA francs (around 38 million euros), is financed by the State of Ivory Coast via loans from the Arab Bank for Economic Development in Africa (BADEA) and the Saudi Fund for Development (SDF).

The project is part of the “Water for All” program launched in 2019 by the Ivorian government. The initiative aims to strengthen the supply of drinking water in all localities in this West African country. This program will require an investment of 1,320 billion CFA francs (more than 2 billion euros), equivalent to the gross domestic product (GDP) of Cape Verde ($1.99 billion in 2020).