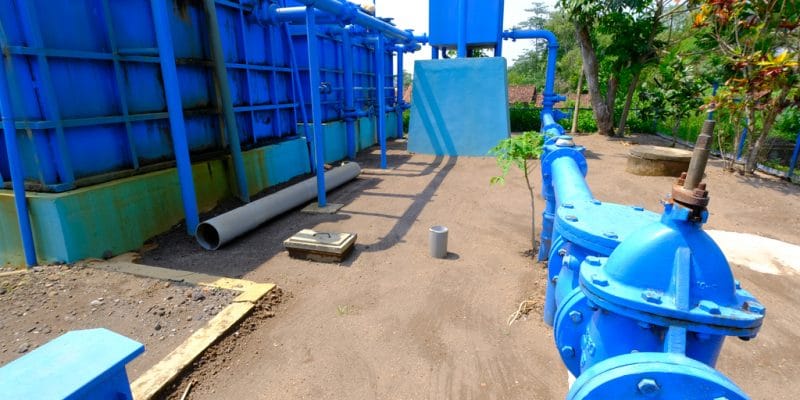 A drinking water supply system (AEP) is operational in Zorofla, a village located in the sub-division of Kanzra in Ivory Coast. The AEP, which has a 50 m3 water tower, was recently commissioned by the Ivorian Minister of Hydraulics, Laurent Tchagba.

On September 27th, 2020, the Ivorian Minister of Hydraulics, Laurent Tchagba, inaugurated a drinking water supply system (AEP) in Zorofla, a village located in the sub-division of Kanzra in central Ivory Coast. According to Laurent Tchagba, the system will make it possible to alleviate the problems of access to drinking water in a village where the inhabitants were supplied by old-fashioned human-powered pumps or by ponds and wells.

The AEP includes a groundwater pumping system that is stored in a 50 m3 water tower. The water is distributed to the population via a borehole and eight standpipes connected to the water tower (12 m high) by a network of pipes. The Ivorian state has invested nearly 93 million CFA francs (around ‘1.4 million) for the implementation of this project.

Zorofla is thus the beneficiary of a vast programme launched on June 13th, 2013 by the Ivorian government. Called the Water and Sanitation Programme for the Millennium (Pham), it aims to improve access to water and sanitation in Ivory Coast through the construction and rehabilitation of at least 100 water systems. The installations have been installed in 100 villages in 3 districts (Montagnes, Sassandra-Marahoué, and Bas Sassandra) and 8 regions (Tonpki, Cavally, Guémon, Haut Sassandra, Marahoué, Nawa, San-Prédro, and Gbôlê). In the long term, the programme will benefit 1 million people, i.e. 350,000 people for the water component and 650,000 people for the sanitation component.