Homepage » Ivory Coast: financed by France, the Abidjan metro will be put into service in 2024 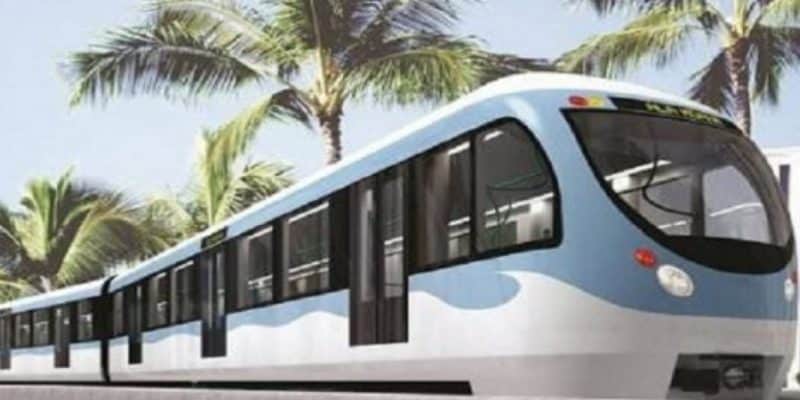 Faced with population growth and air pollution, the Ivory Coast government is speeding up construction of the first metro line in Abidjan. The railway infrastructure, financed by loans from several French banks, should relieve congestion in the Ivorian economic capital in two years.

In Ivory Coast, the first metro line in Abidjan should be operational by 2024. This is the assurance given by the authorities of this West African country who recently signed new financing agreements with the French Treasury and the French banks BNP Paribas and Société Générale.

“Ivory Coast is going to have one of the most efficient, fastest and least polluting means of transport that can exist, which will improve daily life, comfort, precise timetables and transport safety in the best possible conditions for all the inhabitants,” says Bruno Le Maire, the French Minister for the Economy, Finance and Industrial and Digital Sovereignty.

The construction of this railway infrastructure, which will serve 540,000 people, is being carried out by the Société de transports abidjanais sur rail (Star) in partnership with the French multinational Alstom and Colas Rail, a subsidiary of the French group Bouygues, both of which specialise in railway engineering. “Line 1 will link the northern communes of the economic capital and the Félix Houphouët-Boigny international airport. This will improve the fluidity of urban traffic through the passage of a train every two minutes, carrying more than 21,000 passengers per hour in both directions between Anyama and Port-Bouët,” explains Adama Coulibaly, the Ivorian Minister of the Economy and Finance.

The Abidjan metro, which covers a distance of 37 kilometres, is in line with the Ivory Coast government’s policy of promoting ecological mobility. It is in this context that the Ivorian start-up Auto24, which specialises in the sale and repurchase of second-hand vehicles, recently installed a recharging station in the town of Treichville, a three-hour drive from the capital Yamoussoukro. In January 2023, the company will launch its first range of used electric vehicles (Kia e-Soul, Kia e-Niro and Hyundai Porter Electric manufactured in Asia) for individuals and companies.