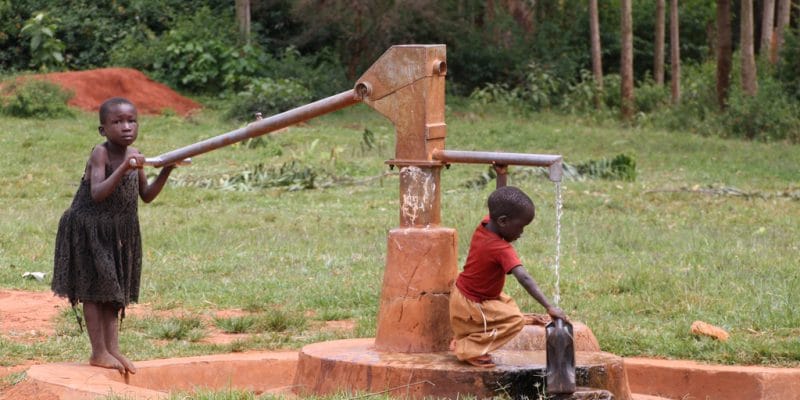 Several drinking water projects have been launched by the government in the rural areas of western and eastern Ivory Coast. They are part of the "Water for All" programme.

The Government of Ivory Coast is pursuing its efforts to provide drinking water to all Ivorians by 2020. On Monday May 27, 2019, Pascal Kouakou Abinan, Minister of Employment and Social Protection, launched a project in the village of Touzoukro to repair 21,000 human-powered pumps.

The work will be carried out by the water supply company of Ivory Coast (Sodeci), which provides the public service. They particularly concern the Indian-Djuablin and Moronou regions. In these regions, Sodeci will repair 849 human-powered pumps, including 456 in Indénié-Djuablin and 393 in Moronou. Sodeci’s work will be carried out in stages. As a first step, the public company will carry out a survey of water infrastructure in rural areas. It will then repair the defective pumps and finally ensure the maintenance of the structures that are still in operation.

A total of 21,000 human-powered pumps have been built in rural areas of the country. The government estimates that the rehabilitation and maintenance of these infrastructures should cost a total of 15 billion CFA francs, or nearly 23 million euros.

A project in the Bounkani region

On Monday, May 27, 2019, a drinking water project was also launched in the Bounkani region by local authorities. The aim here is to rehabilitate 324 hydraulic pumps, some of which have broken down since the 1980s. This means that the populations will be relieved at the end of the work that will also be carried out by Sodeci, under the supervision of the National Office for Drinking Water (Onep).

The Bafing region seems to be lagging behind in the major drinking water projects underway throughout Ivory Coast. However, a drinking water supply has already been put into operation in the village of Mimballa, located 12 km from Touba, a small town in the Bafing region, not far from the border with Guinea. It is a borehole connected to a water tower that supplies barely 3 standpipes.

The government plans to soon launch a project that will be a little more significant for the populations living in the rural areas of the Bafing region, where the need for drinking water is felt. “This need for village water supply, which is 112 new water points to be created, is spread over 42 water points for the department of Touba, 34 for Koro and 36 for Ouaninou,” says Doua Victor Gogbé Dosso, regional director of water supply.

As a reminder, all these ongoing or planned projects are part of the “Water for All” programme. The government of Ivory Coast has allocated a budget of 1,320 billion CFA francs, or more than 2 billion euros.