IVORY COAST: Alertive and interactive map on cocoa and deforestation 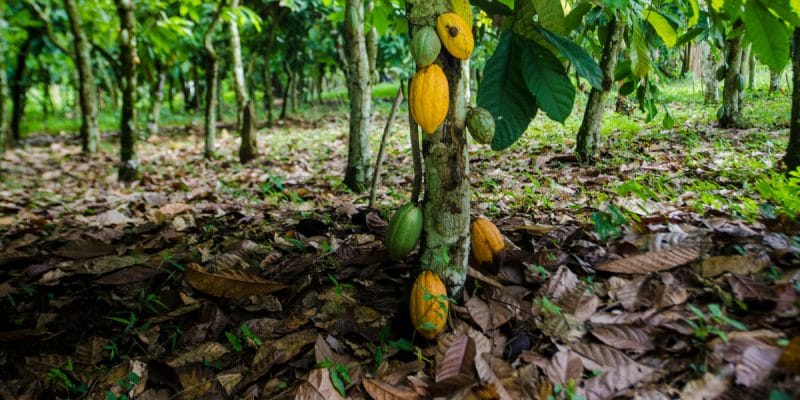 The environmental NGO Mighty Earth has just put online an interactive map that alerts on the progress of cocoa plantations in Ivory Coast. In this West African country, the cocoa industry is responsible for 30% of deforestation.

The cocoa industry in Ivory Coast will now be closely monitored by environmental activists. These activists, as well as the rest of the world, have at their disposal a tool that allows them to visualise in almost real time the incessant cocoa grabbing of the forest reserves of Ivory Coast.

The Cocoa Responsibility Map, which went online on January 15, 2020, at the Maison de la Presse du Plateau (Plateau Press House) in Abidjan, is presented as an effective and very precise weapon for warning against deforestation. It is updated every two weeks. The land-use elements of this map indicate which crops are grown and where they are located. They currently cover one third of the dedicated area, but will be extended to the entire cocoa zone around March 2020. These indications provide useful information, not only about cocoa, but also about other crops that pose a forest risk, such as palm oil or rubber.

The unprecedented collaboration of the world’s cocoa industry giants

The Cocoa Responsibility Map was designed by the environmental NGO Mighty Earth, which partnered with the expertise of MapHubs, a company that provides software and services to organisations that monitor natural resources. The map lists the 5,000 cocoa cooperatives operating in Ivory Coast, based on data provided by the government, as well as by certification agencies such as Rainforest, Utz and Fairtrade. And for the first time, some major companies in the chocolate industry such as Nestlé, Hershey, Cémoi or Puratos have agreed to provide data on their supply chains.

The period from January to March corresponds to the cocoa season in Ivory Coast. However, this activity alone, which accounts for 40% of exports, is responsible for 30% of deforestation in the world’s leading cocoa-producing country. The authorities estimate that about 40 percent of its annual cocoa production of about 2 million tonnes comes from protected areas. A fact that in 2013 and 2016 prompted the government to displace tens of thousands of farmers who had occupied protected areas in the south of the country.

In his fight to stop deforestation and deter excessive cocoa production, President Alassane Ouattara of Ivory Coast has asked the World Bank to help him eliminate illegal cocoa production in protected forests and resettle farmers.

According to environmental activists, if deforestation continues unabated, the country could lose all its forest cover by 2034.