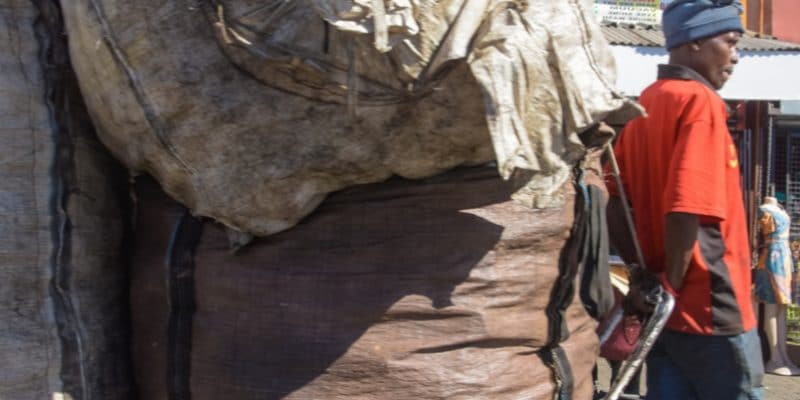 Africa Global Recycling (AGR), has signed a partnership with La Poste de Côte d'Ivoire (the Ivorian Post Office) to collect and recycle office waste. The Togolese SME, which recently raised nearly a million euros, is going international and does not intend to stop there.

No longer call it Africa Global Recycling, but Africa Global Recycling Group (AGR) because the Togolese SME is now embarking on the waste recovery markets in the West African sub-region. AGR is in the process of setting up in Benin and Ivory Coast, where the group has just signed a strategic partnership with the Ivorian Post Office. The public service company, which has launched several modernization projects, will offer its professional customers an absolutely unique service for collecting office waste (paper, cardboard packaging, plastics…). They will be sorted and recycled by Africa Global Recycling. In the wake of this agreement, the AGR group will finalize next month the legal creation of its Ivorian subsidiary, Africa Global Recyling Côte d’Ivoire.

The announcement of this partnership in Abidjan comes after a fundraising campaign that raised, at the end of 2018, nearly €1 million from several investors, including Groupe Duval, which has been present in Africa since 2015. The French company has set up its subsidiary, Pelegrina Africa, in… in Lomé and Abidjan, which is developing mainly in French-speaking West Africa and part of Central Africa, through three major sectors: Real Estate, Hydro and Assemblier-PPP.

AGR, founded in 2013 by Edem d’Almeida, which claims to control 52% of the company’s capital, is growing very strongly and is supported by manufacturers operating in half of the continent.

The company manager’s business plan, “if everything stays in line”, provides for a second round of funding in 18 months for an amount of 2 to 2.5 million euros and a final fundraising, after three years, for an amount of 3.5 million euros. The group is supported in its approach by I&P Conseil, a subsidiary of the French private equity firm founded by Jean-Michel Severino, which is headed by Cécile Carlier.

Edem d’Almeida, a “re-patriate” and former Suez manager, is one of the first entrepreneurs from Sub-Saharan Africa on the waste market to have successfully industrialised this process, while adapting to local realities. As a result, it now processes 35 tonnes of waste per day at its site in Wuiti, south of Lomé.

From recycling to product manufacturing?

The Africa Global Recycling group therefore intends to export its know-how to other African countries, but its ambitions do not stop there. While 80% of secondary raw material is currently exported to customers located mainly in Europe and elsewhere in the world, the head of Africa Global Recycling already anticipates the increase in transport costs over the next ten years and the need to develop its domestic market. To this end, it is currently considering the creation of a more integrated recovery activity for the manufacture of finished products from recycled material, which would be resold on African markets. This would make it possible to close the loop and perfect a circular economy model, in line with the group’s ambitious CSR and social policy.