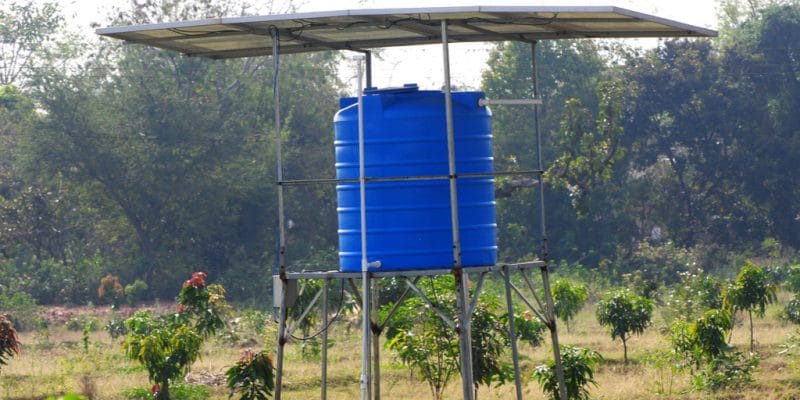 After more than a year of negotiations, UK Export Finance (Ukef), a commercial bank owned by the British government, finally provides a loan of $35.5 million (about 205 million Ghanaian cedis) to the government of Ghana. The funds are earmarked for the implementation of a drinking water project in rural areas.

At least 225,000 people living in the Greater Accra, Oti, Volta, Ashanti and Eastern regions will soon have a drinking water supply system. The UK Export Finance (Ukef), a commercial bank owned by the British government, has just granted a loan of 35.5 million dollars (about 205 million Ghanaian cedis) to the Ghanaian government for the implementation of the project after more than a year of negotiations.

The funds are earmarked for Aqua Africa, the originator of the project. The British-based company will supply the local population with its solar-powered Nano filtration system. Aqua Africa says it will provide five litres of water per day to each inhabitant for one cent of dollars. In 2019, an agreement was signed between Cecilia Dapaah, Ghana’s minister of sanitation and water resources, and Philip Foster, Aqua Africa’s chief executive officer.

Ghana will thus join the African countries that already benefit from Aqua Africa’s Nano filtration systems. In the village of Nzara, Western Equatoria State, in south-western South Sudan, for example, the company is pumping water from groundwater using electricity supplied by a solar photovoltaic system. This water rises up in a water tower and flows back down to supply five distribution points that can provide drinking water to 2,500 people every day.