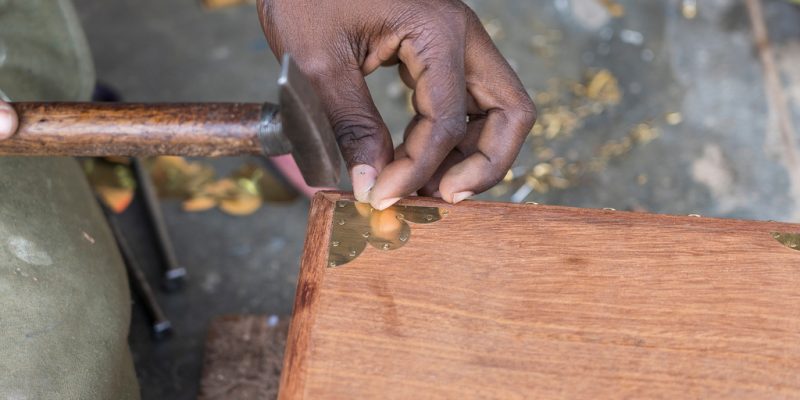 Gabon wants to reduce exports of raw wood and increase the production of finished and semi-finished products for export. Through this new dynamic, the Gabonese authorities hope to diversify the country's economy, increase state revenues and create more jobs for young people within the next five years.

A “third transformation” industry. It is Gabon’s current ambition in the management of its wood. To meet this challenge, the country will have to increase the production capacity of the forest industry, which will lead to the creation of approximately 70,000 jobs within 5 years. It is the essence of the message contained in the statement made by the Gabonese Minister of Water, Forests, Sea and Environment, Lee White on June 15, 2020. It was during a guided visit to the Nkok Special Economic Zone (ZERP), located 27 km from Libreville, the capital of Gabon. “The Gabonese forest will thus contribute to get the country out of the current economic crisis linked to the coronavirus. This is by building new special economic zones,” says Lee White.

Successfully making the transition to a “third transformation” industry will enable Gabon to diversify its economy, increase government revenue, and create more jobs for young people.

According to the Gabonese Minister of Water, Forests, Sea and Environment, several mechanisms will be put in place to develop the “third transformation” industry in Gabon. These include a reduction in exports of planks and an increase in the quantity of furniture, finished products and semi-finished products exported. Gabon will also need natural resources. A forest plantation project is underway in the country. Among other things, it will increase the contribution of the forestry sector to GDP over the next five years.

In January 2020, the Gabonese government announced that it would plant 200,000 hectares of woodland in Gabon by 2025. “We want to increase the contribution of forests to GDP tenfold. Hence the project to plant forests with fast-growing woods over the next five years,” said Lee White, Gabon’s Minister of Water, Forests, Sea and Environment.