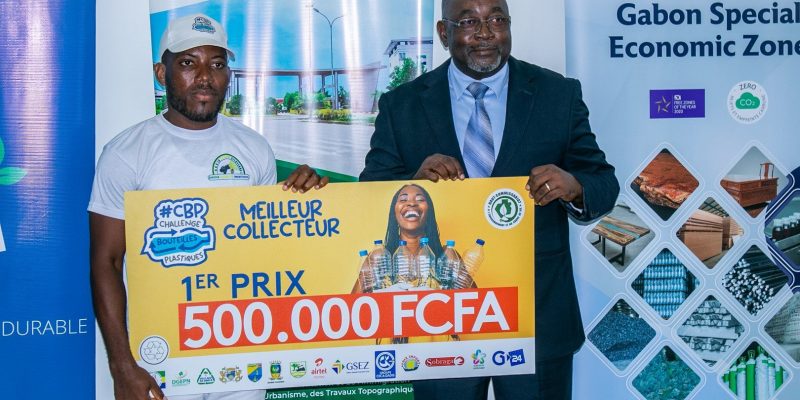 In Gabon, the "Plastic Bottle Challenge" initiated by the government has just unveiled its three winners. The competition aims to reduce plastic pollution in the streets of Libreville, the Gabonese capital.

The first phase of the “Plastic Bottle Challenge” in Gabon has come to an end. With a prize worth 500,000 CFA francs (762 euros), the winner of this competition launched at the beginning of June is Régis Nang Nang, a resident of Libreville who collects up to 300 kg of plastic bottles every day. Two other young Gabonese were also awarded 200,000 CFA francs (304 euros) each by the Gabonese High Commission for the Environment, which organises the competition.

“During these 10 days of intense activity in our communities, we have seen the enthusiasm of our fellow citizens for the common objectives pursued by this activity. At the end of this safety campaign, around 4 million plastic bottles will be collected”, says Christine Mba Ndutume, the mayor of Libreville. For his part, Stéphane Bonda, the Minister Delegate for Water and Forests, said that this citizens’ initiative would lead Gabon to the total elimination of plastic waste that pollutes the streets and waterways.

According to Yannick Ongonwou Sonnet, Gabon’s High Commissioner for the Environment, 268 tonnes of plastic bottles collected are now recycled in the Nkok special economic zone, located about 15 kilometres from the capital Libreville. As a reminder, the operation aims to reduce pollution in this city which produces 600 tons of waste per day, through the collection and deposit of a minimum of ten bottles in the town halls of Libreville, Owendo, Akanda and Ntoum, for the sum of 100 CFA francs (15 euro cents).