Homepage » GABON: Government is for 30% preservation of global biodiversity by 2030

GABON: Government is for 30% preservation of global biodiversity by 2030 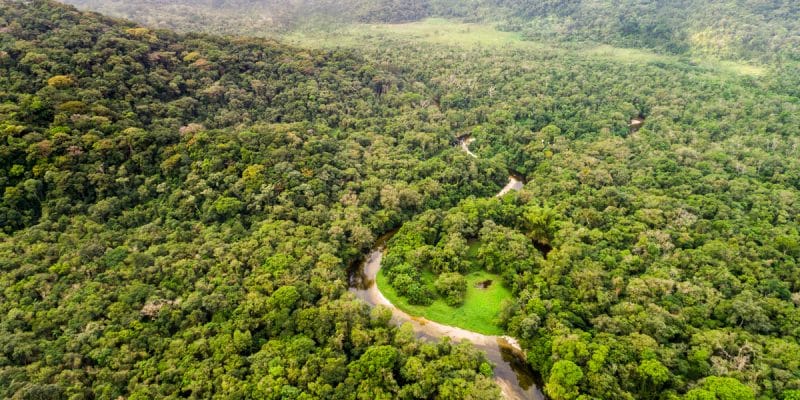 Gabon promises to contribute to the preservation of 30% of the Land and 30% of the Oceans by 2030. This objective was set on April 22, 2020 during an international conference attended by the Gabonese Minister of the Environment and Sustainable Development. The objective of the meeting, which was held by videoconference, was to define a post-2020 global framework on biodiversity that is commensurate with the current challenges facing the planet.

Gabon has just given the go-ahead to put its natural reserves to contrition as part of a global objective to preserve about a third of the planet’s biological heritage by 2030. The goal was set at the international conference organized by Costa Rica and France, as co-presidents of the Coalition for a High Ambition for Nature and Mankind, during a videoconference on April 22, 2020. Representatives of the Parties to the Convention on Biological Diversity also took part in the conference.

Gabon, one of the six Central African countries that share the Congo Basin forest (the second green lung of the planet), took the opportunity of this meeting to reaffirm its commitment to the conservation of its marine and terrestrial biodiversity. “Our country also appeals to the international community to join forces and act together for a better planet, a planet without pandemics,” said Lee White, Gabon’s Minister of Environment and Sustainable Development. The meeting took place in a global context marked by Covid-19. A pandemic which, according to the minister, has its origin in the ever-increasing and “unnatural” interactions between different species of wild animals, uprooted from their natural habitat and crowded into a meat market”.

For the participants at this conference, it was therefore a matter of adopting a “post-2020” global framework on biodiversity that is commensurate with the current challenges facing the planet in order to combat climate change and preserve biodiversity. Hence the objective to preserve “30% of the Earth’s land and 30% of its oceans by 2030”.

Gabon is at the forefront of conservation efforts

With nearly 75% of its territory covered by forest and one of the lowest deforestation rates in the world (0.09% between 2000 and 2010), Gabon is at the forefront of conservation efforts. The country has invested heavily in the protection of marine and terrestrial ecosystems, notably with the creation of 9 marine parks, 11 aquatic reserves and 13 national parks. Today, 28% of Gabon’s various marine ecosystems are devoted to conservation and 21% of terrestrial ecosystems are protected.

At the sub-regional level, in December 2019, the Gabonese government and that of the neighbouring DRC signed a memorandum of understanding on the protection of biodiversity. This agreement will enable the two main stakeholders in the protection of the Congo Basin forest to exchange their experiences in the domain of conservation.