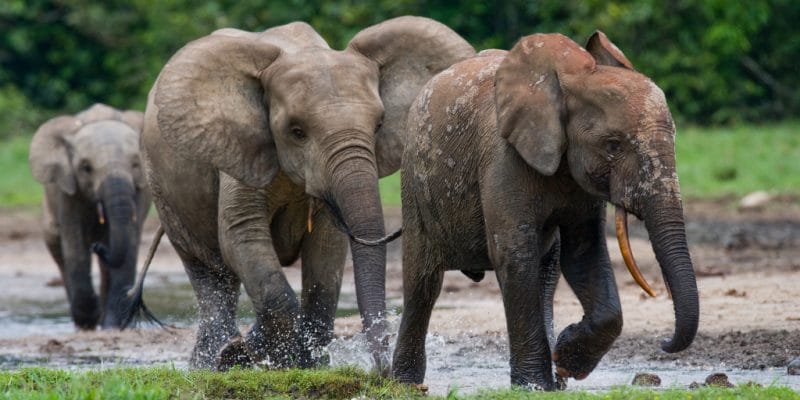 After three years of research in the forests of Gabon, including the Pongara National Park, several researchers have collected and analysed DNA (Deoxyribonucleic Acid) from some 2,500 samples of African forest elephant dung. This revolutionary process has allowed us to identify a total of 95,000 elephants living in this Central African country.

With its dense forests, Gabon is home to 95,000 forest elephants, or two-thirds of the population of this species on the African continent. This figure is the result of three years of studies conducted by a group of researchers in collaboration with the International Union for Conservation of Nature (IUCN), particularly in the Pongara National Park in the west of the country.

Over a distance of about 12 kilometres each day, the scientists collected 2,500 samples of fresh forest elephant dung before analysing them for DNA (deoxyribonucleic acid). Scientists processed each sample in a glass container in the lab to remove any impurities or organisms that might affect the results. The scientists also relied on the footprints of these mammals and the trees destroyed in their path.

A vital species for the forests of Central Africa

The other method used to count the mammals is visualization from an airplane, a technique appropriate for savannah elephants, but not very suitable for the dense forests of Central Africa because of the large number of trees and the shyness of the pachyderms. This is the first census of elephants in Gabon since 1990, and based on previous estimates of some 60,000 forest elephants in Gabon, IUCN claims that the forest elephant population in Central Africa has declined by almost 86% in thirty years.

Threatened by poaching and the loss of their habitat, forest elephants are essential to biodiversity, as they consume fruit and disperse seeds through their droppings, thus allowing the natural regeneration of the forest. At COP 26 in Scotland, Lee White, Gabon’s Minister of Water, Forests, Sea and Environment, in charge of the Climate Plan and Land Use Plan, said that climate change had reduced the amount of fruit available in the country’s forests, exacerbating the human-elephant conflict. Yet Gabon is the world’s last stronghold for Africa’s forest elephants