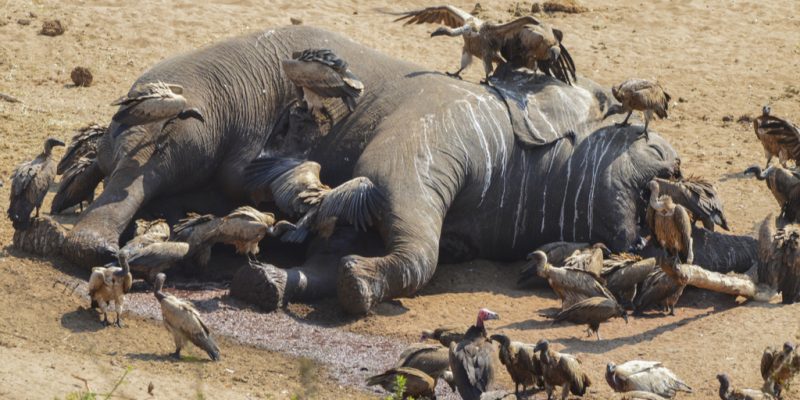 A total of six elephants were killed in a single day near Mago National Park in south-western Ethiopia. Park officials attribute this massacre to poachers who are not new to the region.

While Ethiopia’s elephant population is declining dramatically, a slaughter has just been recorded in the south-west of the country, near Mago National Park. A total of six elephants were slaughtered in a single day. According to the authorities, the large mammals have moved away from the park in search of a watering hole. That’s when they crossed paths with the poachers.

“The poachers then removed all the elephants’ tusks. It was a mass killing. We have never seen anything like this before,” said Ganabul Bulmi, the Chief Warden of Mago National Park. Yet this is not the first time elephants have been targeted in the area. On May 25th, two elephants were shot in the reserve. The investigation is ongoing and the guards have not yet identified the perpetrators. During the year 2019, ten elephants were shot in this East African country.

The rise in poaching is a cause for concern to the authorities, particularly with regard to the situation of elephants in Ethiopia. From 10,000 elephants in 1970, there are now only 3,000 in Ethiopia. The decline in the population of these pachyderms is due to poaching as well as to the degradation of their natural habitat, such as the Mago National Park.

The park was established in 1974 to protect elephants and giraffes. For some time, the animals were spared the human threat because of the tsetse fly (vectors of human or animal trypanosomiasis, Ed.) which posed a threat to humans and their livestock. Today, poaching in the park also affects giraffes, buffaloes, kudus, warthogs and hartebeests, the great antelopes of the African savannah.