Homepage » ETHIOPIA: A new campaign to plant 6 billion trees by 2022

ETHIOPIA: A new campaign to plant 6 billion trees by 2022 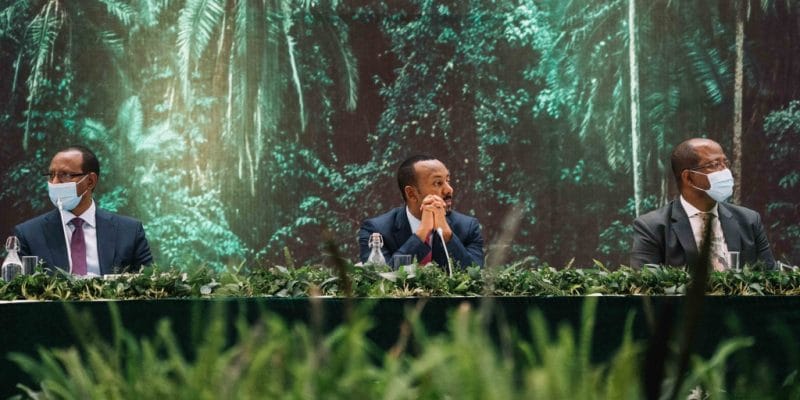 Ethiopian Prime Minister Abiy Ahmed is launching the third round of the Green Legacy Programme. The aim of the initiative is to plant 6 billion trees by 2022.

Ethiopia is putting the environment at the centre of its development process. This is the message that its Prime Minister Abiy Ahmed wanted to convey through the launch on Tuesday May 18th, 2021 of the third cycle of the “Green Legacy” programme. During this rainy season, the Ethiopian government wants to plant 6 billion trees throughout the country. The new campaign, which begins in May, is expected to accelerate until September 2021.

Addis Ababa plans to start with regions with high rainfall. In arid areas where rainfall is scarce or irregular, preparatory measures are being taken to ensure the development of young trees. The Ethiopian government also plans to send one billion trees to neighbouring countries to support reforestation efforts in the Horn of Africa, a region known for its arid climate.

Reforestation in an arid region

In this part of the African continent, the temperature does not drop below 23 degrees at night and can rise above 40 degrees. From April to August, the land is usually irrigated by the rainy season. But for years, explains Pascal Scaviner, head of forecasting at Météo Consult, these rains have been less and less important, so the soil retains less moisture and the water tables fill up less each year.

For Pascal Scaviner, this drying up is partly due to El Niño, a warm current from the Indian Ocean. According to this researcher, El Niño has a dual influence on the Horn of Africa. First, it warms the Indian Ocean, and “the warmer the ocean, the less evaporation there is. Less evaporation means less rain”. Secondly, El Niño warms the Pacific Ocean abnormally from April to June. This warm air current disrupts the natural movement of air masses. However, any disruption of the air masses is a risk of disruption for sensitive areas such as the Horn of Africa. And this disruption results in a lack of rainfall.

With its “Green Legacy” programme, the Ethiopian government wants to restore the soil and provide Ethiopia with a forest cover that would enable the country to reduce the effects of the El Niño climate phenomenon. The first round of the initiative was launched on July 29th, 2019 and has been met with great enthusiasm. While the government expected to plant 200 million trees, a total of 354 million seedlings were planted on the same day. In its second phase, the “Green Legacy” programme has made it possible to plant a further 5 billion trees by 2020. Addis Ababa is counting on 20 billion trees by 2022. The government will be able to rely on 24,000 nurseries that produce seedlings throughout the country.