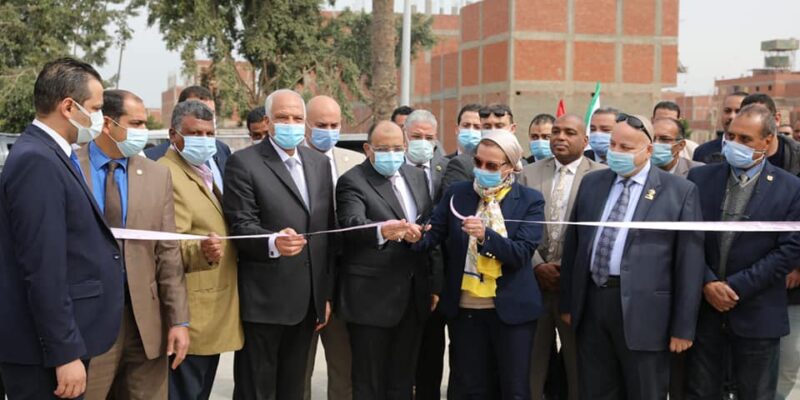 The Egyptian government is improving waste management in the Giza governorate. On March 14th, 2021, a waste treatment plant was commissioned in Al-Baragil. The facility has a capacity of 2,000 tonnes per day.

The Giza governorate in Egypt has a new waste treatment plant. The facility was recently inaugurated by the Egyptian Minister of Environment, Yasmine Fouad. The intermediate waste treatment plant is located in Al-Baragil, a district of Giza city. The facility occupies a 3,000 m² plot of land and is capable of storing 2,000 tonnes of waste per day. The waste will then be transported to another facility dedicated to recycling. These various operations will help to clean up the environment of around 500,000 people in the town of Awseem and Al-Baragil, as well as in the surrounding villages.

The project, led by the Egyptian Ministry of Environment, cost 23 million Egyptian pounds (about US$209,700). The initiative was supported by the Arab Industrialization Organization (AOI) and Cairo-based Ain Shams University.

The Al-Baragil intermediate plant will also collect waste from the Shabramant sanitary landfill in the Giza governorate in central Egypt. According to Mahmoud Shaarawi, Egypt’s Minister of Local Development, the recently opened landfill was built at a total cost of 35 million Egyptian pounds (about $310,000) on a 42,000 square metre site.

Construction of another intermediate plant in Atfih

In Egypt 95 million tonnes of waste are produced each year. The government aims to reduce solid and sanitary waste pollution by 50% by 2030, in a context marked by the Covid-19 pandemic. The country launched the second phase of its national vaccination campaign against the disease on March 11th, 2021.

In Giza Governorate, the waste from this campaign will be sent to three sanitary landfills, which will be opened in Al-Qanater, Al-Ayat and Al-Saff. The waste will then be transported to the future Atfih waste treatment plant, which will also be built in Giza. These other works will require an investment of 114 million Egyptian pounds, (more than 1 million dollars), said Mahmoud Shaarawi, the Egyptian Minister of Local Development during the inauguration of the waste treatment plant in Al-Baragil.