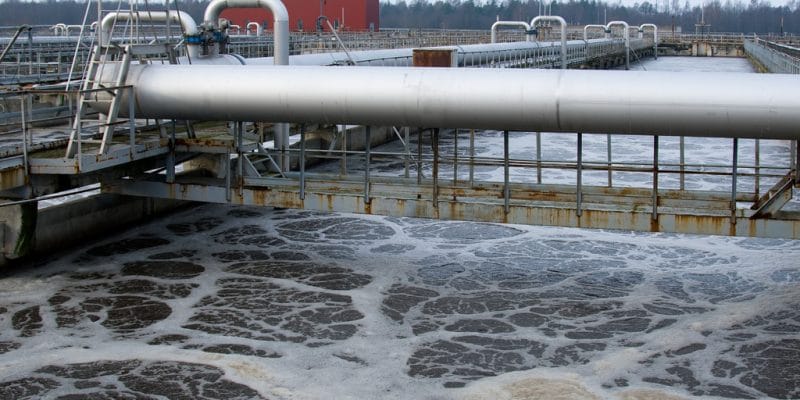 Sohag Potable Water and Sanitation Company a Holding Company for Water and Wastewater have just commissioned a sanitation system in a village in Sohag Governorate in Upper Egypt. The project is funded by the United States Agency for International Development (USAID).

The United States Agency for International Development recently announced its support for a sanitation project in the village of Salamoun, in the governorate of Sohag in Upper Egypt. It is about the construction of a wastewater pumping station. It is backed by a system for collecting the effluent. The project was carried out in Salamoun village by Egyptian companies.

These are Sohag Potable Water and Sanitation Company and Holding Company for Water and Wastewater. The infrastructure was put into operation at an inauguration ceremony in the Salamoun village. The system can pump 12,000 m3 per day. According to USAID, the collection system and pumping station will help reduce public health risks and the negative impacts of wastewater on the environment.

The newly commissioned sanitation infrastructure will serve 51,000 people. It is not the only project funded by the American institution in the Sohag. “Since 2009, the partnership between USAID and the governorate of Sohag has enabled more than 300,000 inhabitants to be connected to the drinking water and sanitation network. These newly inaugurated facilities will improve the health and livelihood of thousands of families in the Governorate,” said Sherry Carlin, director of the USAID mission in Egypt.

In 10 years, this institution in charge of economic development and humanitarian assistance worldwide has financed 10 drinking water supply and wastewater treatment projects in the governorate of Sohag, representing a total investment of $21 million. More broadly, this new sanitation system strengthens Egypt’s water treatment capacity. In the north of the country, 52 wastewater treatment plants are under construction. Of these, 34 will be commissioned before the end of 2019. With a total production capacity of 418 million m3 per day, these infrastructures required an investment of 8.1 billion Egyptian pounds, or more than 462 million dollars.