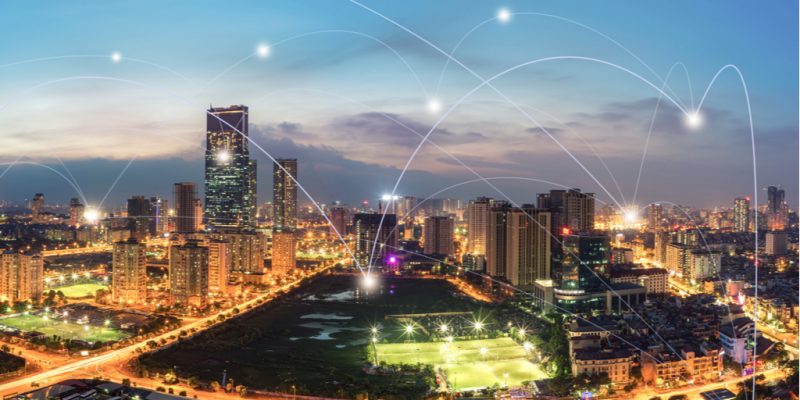 The French industrial group Schneider Electric has been chosen by the Egyptian Electricity Holding Company (EEHC) for the construction of four control centres for the Egyptian electricity grid. The project, costing about $288 million, is designed to transform the Egyptian power grid into a smart grid as its capacity increases through new renewable energy generation facilities.

While the Egyptian authorities are engaged in a policy to diversify the country’s electricity mix by injecting green energy into the grid, the state-owned Egyptian Electricity Holding Company (EEHC) is signing a contract with the French industrial group Schneider Electric to transform the Egyptian electricity grid into a smart grid.

As part of its new contract, Schneider Electric will build four control centers that will monitor and optimise the power grid, as well as more than 12,000 smart grid main units that will be installed throughout the national grid. In the £4.6 billion ($287.5 million) contract, the company based in Rueil-Malmaison, France, will use its EcoStruxure Grid technology to “build a future-proof smart grid” that uses the power of digital technology to automate and enhance its operations.

A project to integrate renewable energies into the grid

These devices will help improve the availability of electricity by detecting network faults as soon as they occur and then reconfiguring the network to ensure stability. According to the company, maintenance costs will be reduced through the use of integrated intelligent sensors that will transmit data to control centres.

A necessity for the diversification of the power mix…

“This project is the first of its kind, which will increase the efficiency and sustainability of the grid by deploying smart technologies. This project will also contribute to advancing the calibre of our engineers and workers by helping them develop new and advanced working methods for use in the next phases of our grid modernisation project,” said Mohamed Shaker, Egypt’s Minister of Electricity and Renewable Energy.

According to Schneider Electric, the project, which is expected to take 18 months to implement, comes at a time when electricity consumption by the grid has increased by 6.5% per year between 2000 and 2014. The Egyptian government also wants to boost the capacity of its power grid by relying on renewable energy. Very concretely, its plan for the next two years is to produce 20% of the electricity consumed in Egypt from renewable sources.

An ambition that is already taking shape with the implementation of major energy projects that can be recovered in the country, notably the construction of the Benban photovoltaic solar complex (Aswan governorate) which will inject 1,650 MWp of electricity into the grid. In the Gulf of Suez, numerous wind energy projects are under development.