EGYPT: Lining irrigation canals to save 5 billion m³ of water 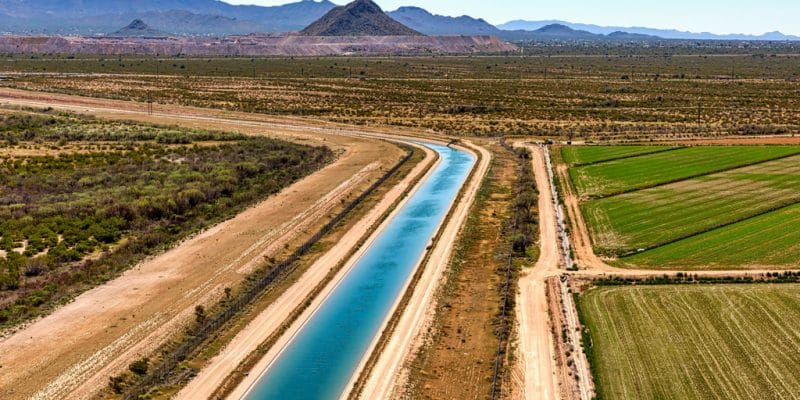 The Egyptian government wants to speed up the lining of irrigation canals built to divert water from the Nile. The project will save 5 billion m³ of water per year.

Avoid the infiltration of 5 billion m³ of water per year. It is the goal of an ongoing irrigation canal lining project in Egypt. The Egyptian President Abdel Fattah al-Sissi has decided to shorten the implementation period of the project from 10 to 2 years. Ultimately, the initiative is expected to pave 20,000 km of irrigation canals. Initially, the Egyptian Ministry of Irrigation and Water Resources planned to cover 2,000 km of canals per year by 2019. Work will need to be accelerated in the coming months.

The works, which will concentrate on the Nile valley and delta, have already begun in several governorates in Egypt. This is the case in the governorate of Alexandria where the Nile water is diverted through 20 irrigation canals. The lining of these waterways will require an investment of 60 million Egyptian pounds, or $3.8 million.

Egypt is engaged in a truly global strategy aimed at preserving its water resources in a context marked by the reduction in the flow of the Nile. This problem is caused by climate change and the large upstream dams that capture much of the water from this river, which flows through Rwanda, Burundi, Tanzania (counting the two branches of the river, editor’s note), Uganda, Ethiopia, South Sudan and Sudan before arriving in Egypt. The North African country, for its part, withdraws some 55 billion cubic metres of water per year from the Nile.