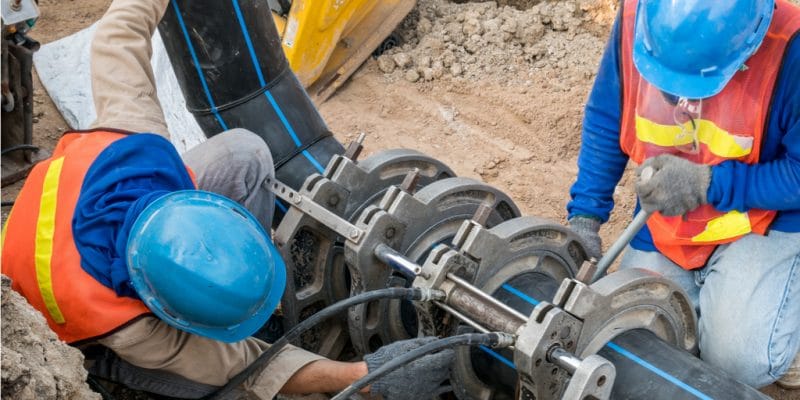 The Bahr Al-Bakr water drainage system in northeastern Egypt and four desalination projects in southern Sinai will receive funding from the Kuwait Fund for Arab Economic Development (KFAED). The announcement was made in the sidelines of the Africa 2018 Forum.

The first investment of 1.4 billion Egyptian pounds, or more than $78 million, is a loan to develop the Bahr Al-Bakr water drainage system.

The Bahr Al-Bakr water drainage system will provide water for the population and farmers. Regarding drinking water, the Egyptian authorities plan to build a treatment plant with a capacity of 5 million m3 per day. However, a large part of the drain water is used for irrigation.

It will irrigate more than 330,000 hectares of plantation east of the Suez Canal and more than 70,000 hectares currently being exploited in the Al-Taina and Qantara areas, still in the east of the Pharaohs’ country. The future irrigation system will be accompanied by an agricultural development project.

Fifty million dollars, included in the KFD funding, will be used to build four seawater desalination plants in the Sinai. They will produce 56,000 m3 of water per day. According to the Egyptian Minister of Investment and International Cooperation, Sahar Nasr, the projects financed by Kuwait will increase agricultural production and even export some of it to other governorates. She believes that seawater treatment and desalination plants will make it possible to meet the growing demand for water and reduce losses in water transport networks in the South Sinai governorate.